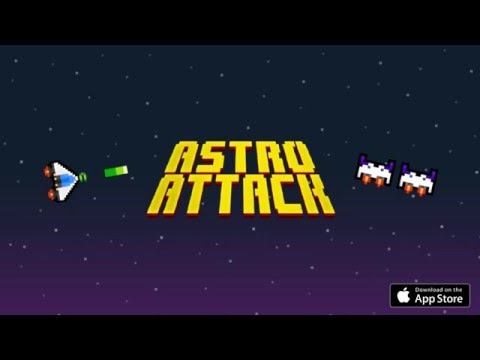 Blocky Pixel games studio is delighted to announce that Astro Attack is now available on the App Store.

Astro Attack is a retro, arcade shooter inspired by the classic Space Invaders mashed with everything nostalgic you love about video games. Use single touch controls to shoot and dodge your way through wave after wave of invaders, collecting power ups along the way. The theme would best be described as both 80s and radical.