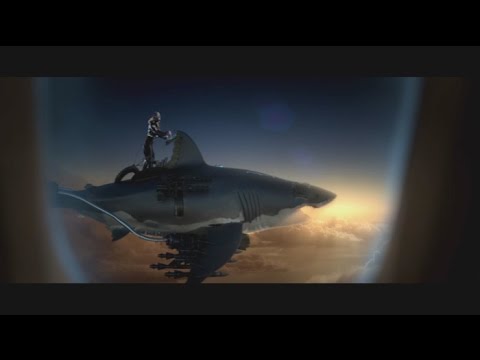 Having successfully completed the Kickstarter campaign for Sky Sharks, the Brunswick-based design and movie agency Marctropolis, managed by producer and director Marc Fehse, landed a huge hit: The crowdfunding-campaign was the first step to make the stylish masterpiece involving Nazis, zombies and flying, rocket-equipped sharks happen, close to 100,000€ were funded since the original announcement in May 2015. Now, the huge amount of fans and supporters have even more reason to celebrate, as Munich-based company remote control productions GmbH is set to develop the mobile game for the upcoming blockbuster.

Just in time for the German cinema release, which is scheduled for the fourth quarter of In 2017, players will have the opportunity to take on shark-riding Nazi-zombies with their own hands.

In cooperation with the entire Sky Sharks-team, one of remote control productions’ numerous studios will be responsible for the game -development.