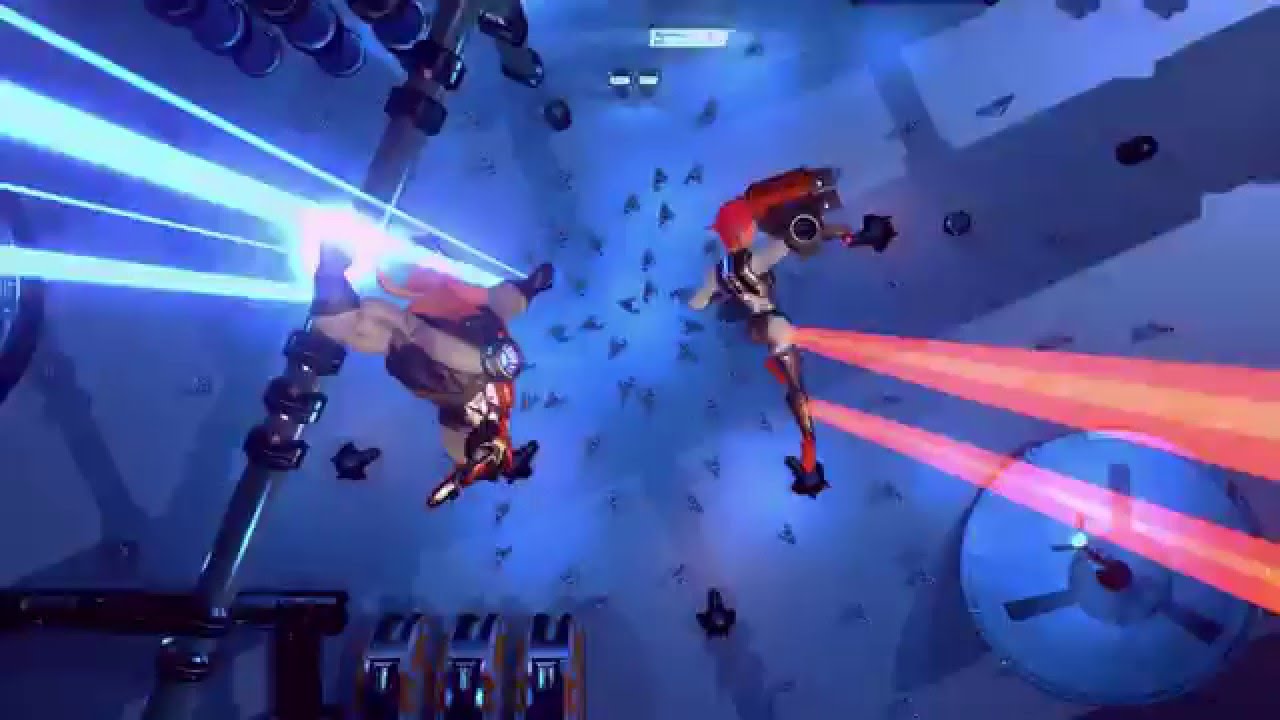 Save the galaxy and kick some ass today from the comfort of your PC as Rimlight Studios’ quirky 3D beat ‘em up title, ZHEROS, is now available on Steam. Already available on Xbox One, ZHEROS features high-energy sci-fi action, a quirky sense of humor and a hell of a lot of ass kicking as players fight against Dr. Vendetta’s robotic army as he attempts to turn every living creature into an army of bad-tempered weirdo minions. The PC version of the game features polished 3D graphics, two new soundtracks, lots of punching and, of course, hi-tech weapons for any enemies that are slightly out of arm’s reach. To commence the ass-kicking visit: http://store.steampowered.com/app/423270/ and get a 20% discount for the first week!

“We like fun and light-hearted games that will challenge you but also make you chuckle,” said Fabio Ilacqua, Art Director and Co-Founder of Rimlight Studios. “After launching the game first on Xbox One we incorporated player feedback to give the game more polish and some cool new features while still retaining that quirky sense of humor that makes ZHEROS extra special.”

Play as the members of the ZHEROS squad: strong but slightly bumbling and awkward Mike and agile, smart and ready for anything Captain Dorian, through 18 punishing levels in single player or co-op mode, relying on a rich selection of combo punches and one bad-ass upgradeable weapon. When Mike’s “wit” and Captain Dorian’s able-bodied know-how can’t get you out of tight situations, you can look for the trusty mech armor, which can be found randomly in levels, and will destroy anything standing in the way.

About This Game
ZHEROS is a next gen beat’em up based on the genre hallmarks, above all: smashing hordes of enemies and punching stuff.
In a journey through distant and unknown galaxies, you will play as the members of the ZHEROS squad: Mike and Captain Dorian. Brave, strong as awkward and dim-witted the first one; agile, smart and ready for anything the second one. They are both intergalactic agents called to defend the universe from crime.
Your mission: defend the universe from the evil Dr. Vendetta and his twisted plan to mutate every living creature in his trusted minions.
In single player or in co-op mode, you can rely on your punches, using a rich selection of combos, and on powerful hi-tech weapons, but if that was not enough, a strong and destructive mech will come to the rescue in the most dangerous situations.

From bizarre characters and encounters to strange locations, find out what mystery awaits you at the end of your journey.

• Engaging combat which aim to bring back the old style beat’em up feeling
• Lots of spectacular combos and chain moves
• A bright and neat graphic style across two dangerous worlds
• Jump aboard your awesome mech! Rockets and lasers await you!
• Double the action in the local co-op mode
• Plenty of twisted robots and bio-mechanical creatures will try their best to stop you
• Develop your character to fit your play style, upgrading your muscle or your weapons