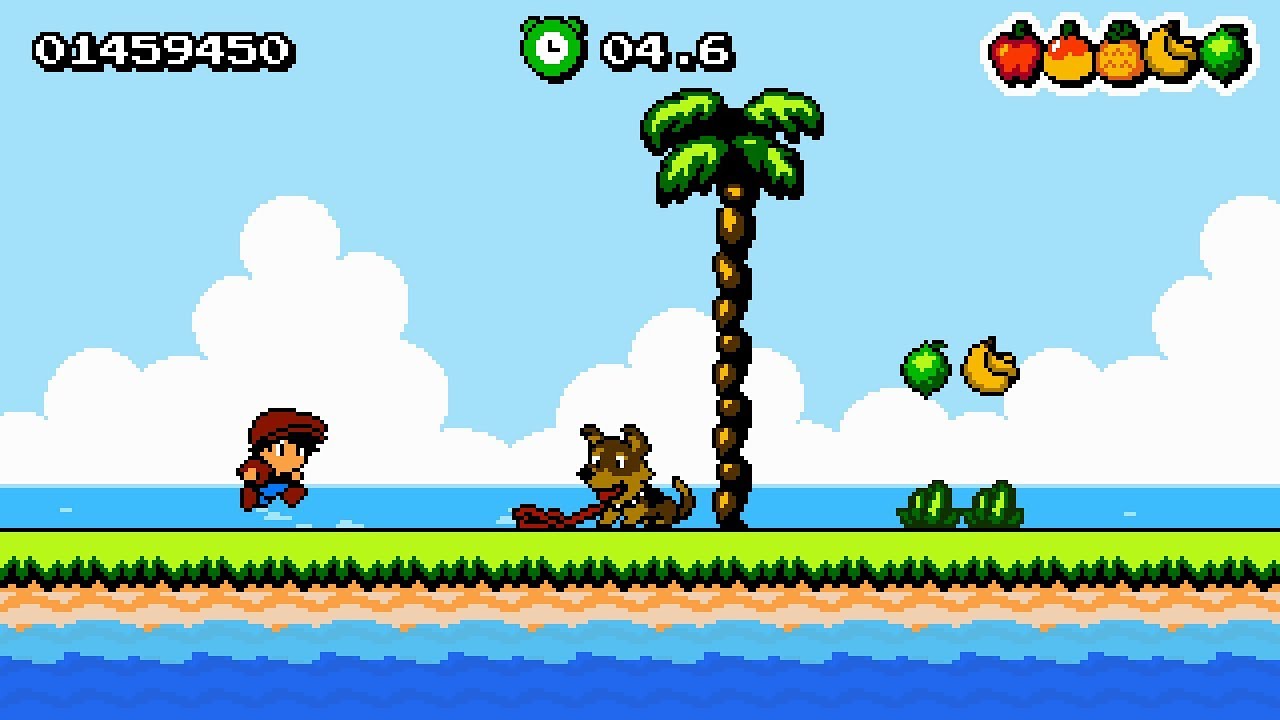 After their plane is downed by a mischievous specter, Miles and Kilo find themselves stranded on a haunted island. With their plane stripped of its critical components, their only hope of escape is to chase down a gang of thieving villains across the perilous landscape…

Miles & Kilo is a super tough, super fast-paced platformer by Michael Burns. Since it first released on the iOS App Store earlier this year, Miles & Kilo has received acclaim from both critics and gamers alike:

“Those who love a good platformer will want to add this one to their collections immediately.” TouchArcade, 5 out of 5.

“Miles and Kilo is a brilliant game through and through. It’s clearly been put together with such love that it’s almost impossible not to get wrapped up in it.” PocketGamer, 8 out of 10.

Miles & Kilo is available on Steam for PC and Mac.

The game stars two playable characters: a young explorer named Miles, and his lovable (but mischievous) dog, Kilo. Both Miles and Kilo have their own diverse sets of moves and abilities: Miles can wall-jump, slide, punch, and toss fruit at pesky critters; Kilo can somersault through breakable walls and dash through the air to pounce on nearby baddies. Levels also feature a variety of rides, including mine carts, rope swings, surfboards, and more!

Each of Miles & Kilo‘s 36 levels can be cleared without stopping, making it a perfect choice for fans of speedrunning platformers. In addition, a special Time Attack mode is unlocked after beating the game – here gamers can compete with each other via online Steam leaderboards.