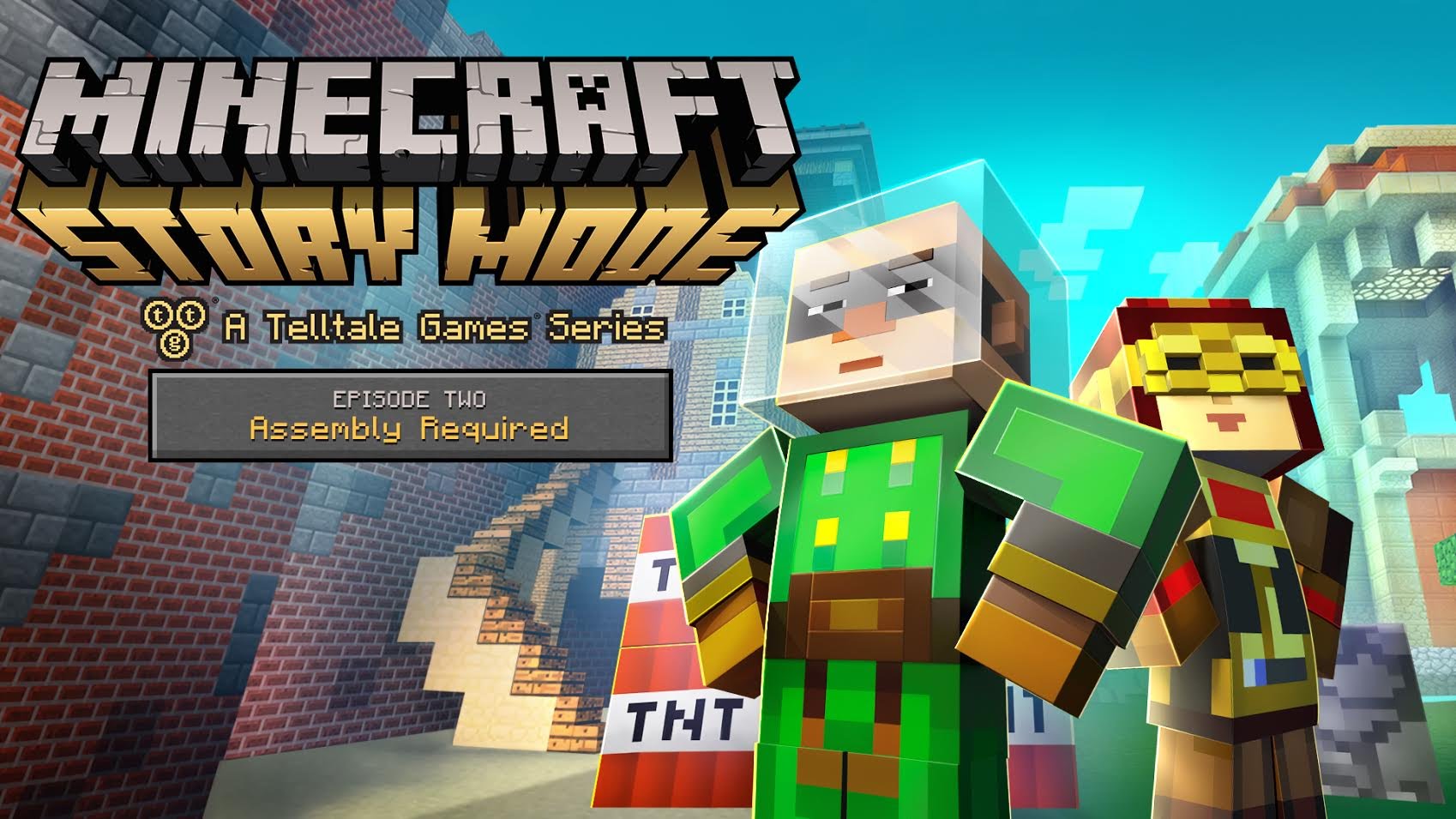 Leading and award-winning developer and publisher of digital entertainment Telltale Games, and world-renowned game developer Mojang, today announced that Minecraft: Story Mode – A Telltale Games Series is now available in stores across North America and will be available in Europe starting Friday October 30th. Also available starting this week, the highly-anticipated Episode Two: Assembly Required will be available for download on consoles, PC/Mac, and mobile devices.

Minecraft: Story Mode – A Telltale Games Series season pass disc is available at retail in North America starting today for the suggested MSRP of $29.99 USD or equivalent, and will be available in Europe on Friday, October 30th. Available platforms include Xbox One, Xbox 360, PlayStation 4, PlayStation 3 in North America; as well as PC, PlayStation 4, PlayStation 3, Xbox One and Xbox 360 in Europe. The retail edition of Minecraft: Story Mode ships with the premiere episode ‘The Order of the Stone’ on the disc, and will grant access to the subsequent four episodes in the season as they become available to download via online updates, including immediate access to this week’s second episode, ‘Assembly Required.’

“Premiering ‘Minecraft: Story Mode’ this month, we’ve been overjoyed by the reception from both the Minecraft community and fans of Telltale across the world diving into the all-ages adventure and making key decisions that will craft their own stories throughout the rest of the season,” said Kevin Bruner, CEO and Co-Founder of Telltale Games. “This week, we’re happy to offer the game on a special disc at retailers worldwide, including access to the thrilling second episode, ‘Assembly Required,’ which will feel like a completely different chapter for players depending on their paths taken in episode one.”

In Minecraft: Story Mode, playing as either a male or female hero named ‘Jesse,’ you’ll embark on a perilous adventure across the Overworld, through the Nether, to the End, and beyond. You and your friends revere the legendary Order of the Stone: Warrior, Redstone Engineer, Griefer, and Architect; slayers of the Ender Dragon. While at EnderCon in hopes of meeting Gabriel the Warrior, Jesse’s friends discover that something is wrong… something dreadful. Terror is unleashed, and you must set out on a quest to find The Order of the Stone if you are to save your world from oblivion.

Minecraft: Story Mode – A Telltale Games Series – Season Pass Disc is rated ‘E10+’ (Everyone 10+) for Fantasy Violence and Mild Language by the ESRB. Future content in the season is yet to be rated by the ESRB. The series is published by Telltale Games in partnership with Mojang.