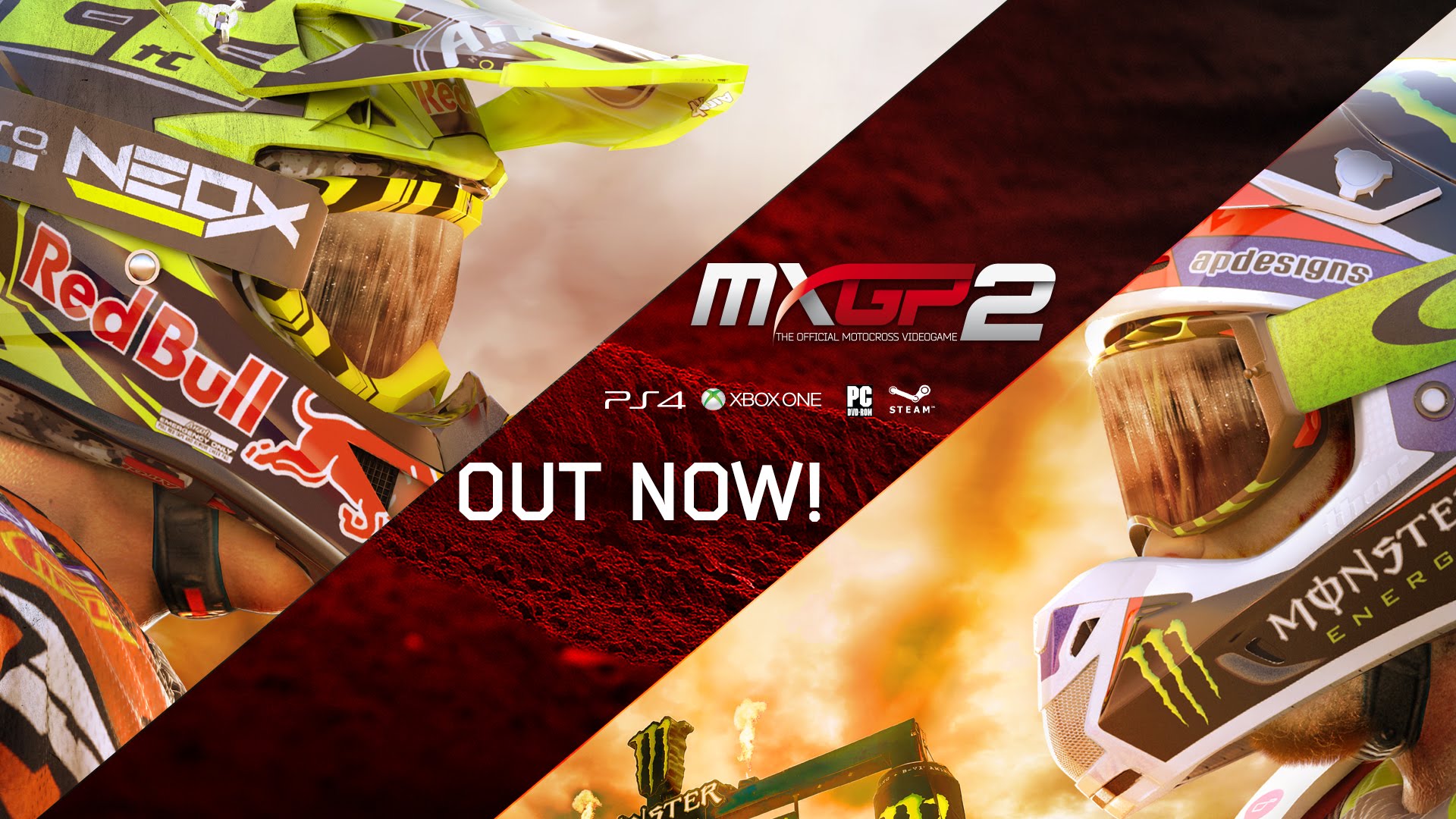 Players don’t need helmets, gloves and high octane motocross bikes – but they’ll get the feel on their consoles. Square Enix® and Milestone S.r.l. today announced that MXGP2 – The Official Motocross Videogame is now available in North America and Latin America for PlayStation®4 and Xbox One®.

Featuring licensed motorcycles, real riders and tracks, MXGP2 delivers the true motocross experience with heart-pounding challenges in front of packed stadiums full of loud, excited fans. At stake at the end of the global competition is claiming the world title at the Netherlands MXGP. The game includes both online and offline modes, vehicle and rider customization and indoor arena events.

“There’s nothing like the feeling of the speed, power and adrenaline of motocross and we’ve captured the thrill of racing down mud-filled courses like never before with MXGP2,” said Luisa Bixio, vice president, Milestone. “MXGP2 is built on authenticity and Milestone brings this level of detail like no other development studio.”

Among the modes, the career mode lets players enter circuits to be crowned as the international champion. The complete 2015 roster in the game includes Romain Febvre, Ryan Villopto and eight-time world champion Tony Cairoli.

With 18 official tracks from the 2015 FIM Motorcross World Championship, players compete all over the world, including the United States, Mexico, Argentina, Italy, Germany, France, Spain, Qatar and Thailand.

Included in the game is MXGP of Patagonia Argentina, awarded best track in its 2015 debut. Located in Predio Los Cohiues Rugby Club, the track was designed by Lucas De la Fuente, a former motocross rider. The terrain and its innovative design will give players the chance to experience the true emotion of motocross.

MXGP2 is available now for download and at retail with a suggested retail price of $59.99 in North America.