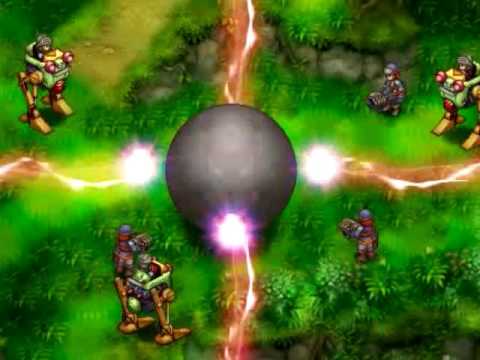 Mobile game developer Buff Studio proudly announces the worldwide release of Mystic Guardians: Final Quest, their latest and greatest JRPG now available on iOS® and Android™ devices. Driven by passion and 5 years in the making, the dynamic duo of developers is no stranger to success; previous credentials include the massively popular Buff Knight and Buff Knight Advanced. Mystic Guardians takes you back to the golden days of JRPGs in the 90s, and offers an epic fantasy world of Steampunk with machinery and alchemy.

Mystic Guardians offers two playable protagonists with unique storylines leading to one surprising conclusion. The game includes classic RPG elements such as skill-trees, crafting and more. Each protagonist has different quests and it is possible to instantaneously switch between the two as you play. Completing the game unveils secret episodes and secret dungeons, items and the “true” ending can be discovered by completing the game more than once!

Mystic Guardians is rich on features; more than 500 narrative scenes, alternate endings, 7+ classes, each with unique skills and 60 ultimate boss battles. Combo-attacks, custom skill combinations and powerful summons with upgrades all add to the fun. Fans looking for Hack-n-Slash action will feel at home! Use your broad range of attacks to fight the countless enemies that spawn endlessly. Active skills, passive skills and combo skills can be leveled up using in-game currency, and more than 150+ skills are included.

Mystic Guardians features challenging dungeons with control devices used to access new areas. Secret passwords must be discovered to unveil new paths, generators can be used to open doors, and handles can help access rooms to collect treasure chests, secret items and other cool stuff. Watch out for the traps! Raid Mode allows you to challenge the infinite battle in endless dungeons or to compete your overall score against other players.

Mystic Guardians is available for iOS® and Android™