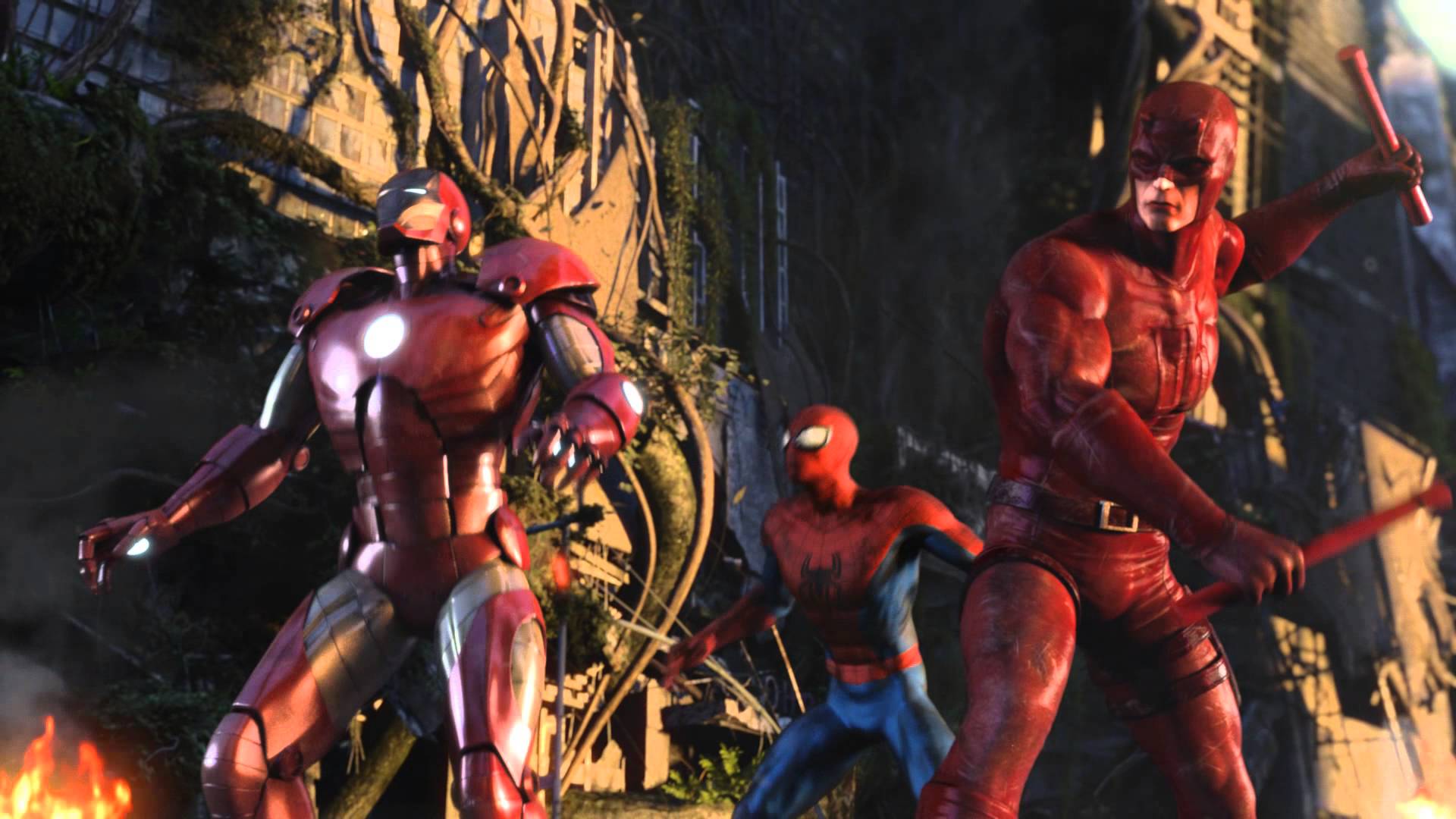 Available for free on both the App Store and Google Play across 148 countries, Marvel Future Fight features 36 of Marvel’s world-famous Super Heroes and Super Villains.

Players will have access to some of the most beloved Marvel characters including The Avengers, Spider-Man, Daredevil and the Guardians of the Galaxy, complete with their signature moves and abilities that will allow players to build their own unstoppable team in the fight against well-known villains such as Loki, Doctor Octopus and Ultron.

With a storyline penned by best-selling Marvel comics writer Peter David, players can experience the world of Marvel firsthand across four action-packed modes. In addition to the PVE Mission Mode, Marvel Future Fight also includes a PVP three-on-three Timeline Battle that will see teams of players fighting heroes from other dimensions. For players looking to take it to the next level, the Villain Siege mode taps on players’ knowledge of the Marvel Universe to uncover evil plots of the most infamous villains, while Dimension Rift Missions will offer a true test of skill for players seeking the ultimate challenge.

Taking the game to the next level are its Team Effects and Cooperative Attacks, activated when players join the forces of their heroes within the Marvel Universe. Bring together Iron Man and War Machine to access Tony’s Toys, call on the skills of the Dangerous Trio of Black Cat, Elektra and Black Widow, or tap on the celestial strength of Thor, Loki and Angela, also known as the Asgardian Siblings, to take the game to a whole new level of fun and entertainment.

“We are very excited to present Marvel Future Fight as the latest collaboration, between Netmarble Games and Marvel Entertainment,” said Gun Kim, CEO, Netmarble Monster. “With its high-quality graphics and action-packed contents, we are confident that Marvel Future Fight will become the new flagship for global mobile RPGs.”

Best known for games such as Monster Taming, Seven Knights and Raven, Netmarble has gained a reputation in the Korean gaming world as one of the best. With this new partnership, Netmarble is looking to solidify that reputation and raise the standards of RPGs.

“Netmarble has always prided itself on being a trendsetter in the world of mobile games and always aim to provide our players with an unparalleled gaming experience,” said Youngsig Kwon, CEO of Netmarble Games. “We hope that with Marvel Future Fight, we can continue to provide them with the ideal gaming experience as well as keep them excited and surprised as we roll out meticulously planned updates and additions.”

To mark the launch of Marvel Future Fight, Netmarble and Marvel have created a week-long event that will allow players to unlock a special Iron Man armor for free. Netmarble will also organize events for players to interact with both in-game friends and Facebook friends as well.

The official trailer can be accessed here: https://www.youtube.com/watch?v=EsJxgGquO8M&feature=youtu.be