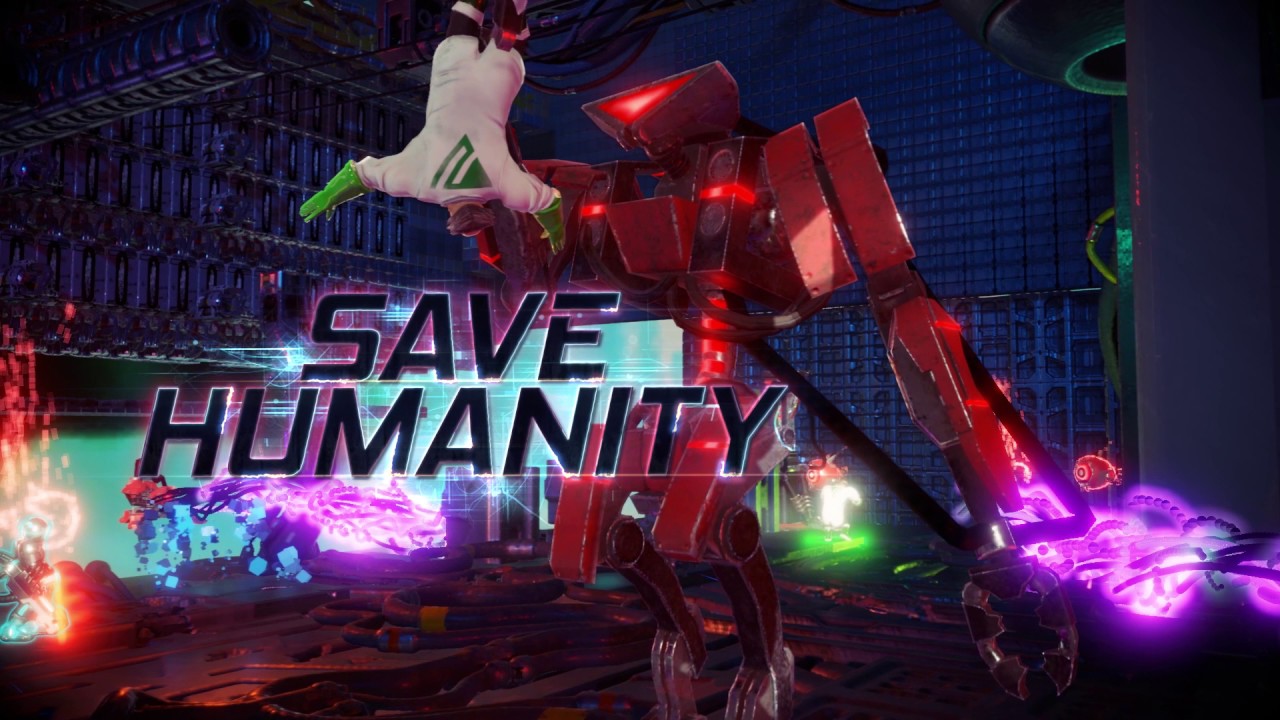 From the team that created Resogun and in collaboration with Eugene Jarvis (Robotron, Smash TV) comes an intense arcade shooter that blends the best of coin-op skillful gameplay and modern cutting edge voxel tech.

Travel through a diverse alternate universe where robots have taken over and humans have an unhealthy symbiosis with their screened devices. Starting from the “Techno Forest” you make your way through ever increasing robot infestation as you attempt to save humanity.

FEATURES:
Nex Machina features a fully fledged arcade Campaign that can be played solo or in local co-op with a friend.

Tons of secrets and alternate paths in each world. Upgradeable player character with access to six (6) different special weapons, that all can be lost as you perish in the torrent of endless robots.

Deep layered gameplay that let’s you juggle with saving humans and trying to stay alive.

Complex enemy design and pulsating bullet patterns that can get you in the zone.

Three different main difficulty setting and more to unlock as you learn the ropes. Each difficulty offering new things to learn and conquer.

A changing challenge mode called the Arena, where you can return to locations in the game that are now totaly different with faster speeds and other fresh modifications.
Competing to beat your friends and the world with unique leaderboards for each challenge.

Unlockable skins, weapon colors and more that open up as you play the different modes available.