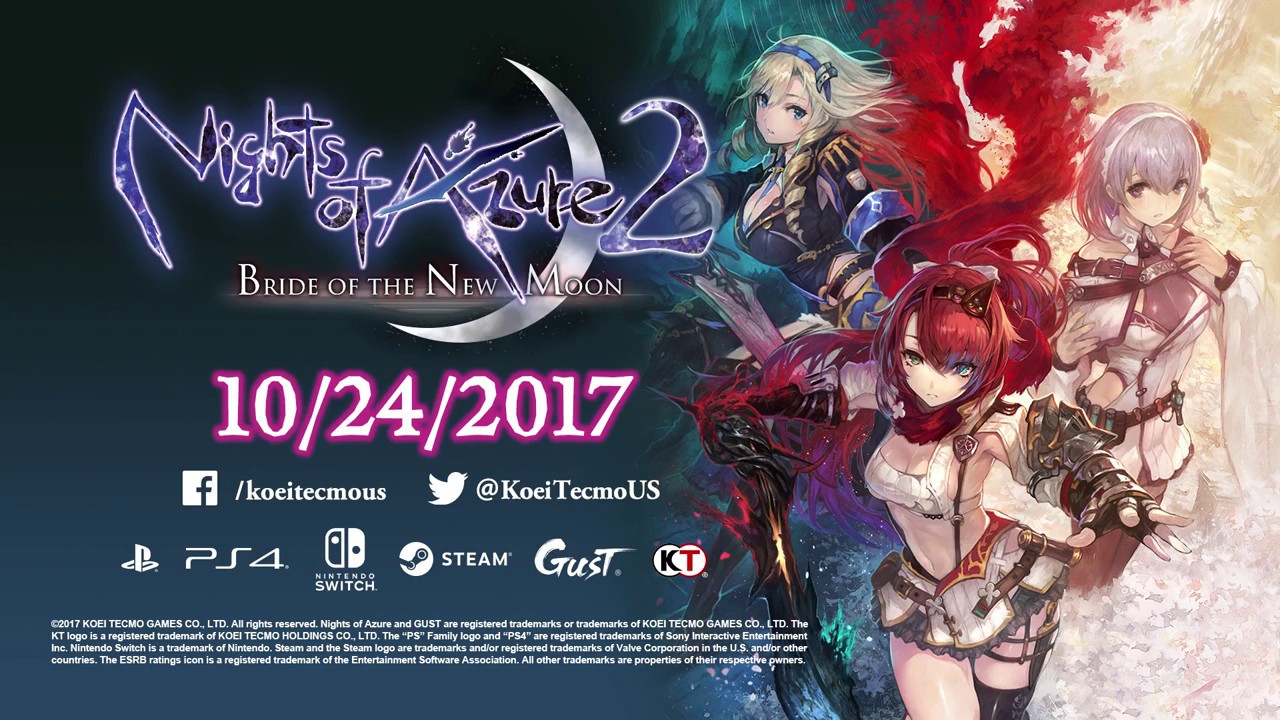 Nights of Azure 2: Bride of the New Moon takes place in the fictional demon infested and ruined city of Eurulm. The story focuses on a knight named Aluche and her two childhood friends-Liliana, a kind-hearted priestess, and Ruenheid, a holy knight of the Lourdes Order. While escorting Liliana, Aluche is ambushed and killed only to later awaken as a half-demon at the hands of the New Curia-a religious organization with dark ties. Aluche must now save Liliana and continue her journey, meeting new characters with their own mysterious pasts. Sharing similar goals, she and the strange new allies set off to reveal the truth behind the shadows shrouding the world and become motivated to uncover the shocking truth behind the mysterious Queen of the Moon.

Human companions are not the only allies in the war against the Moon Queen. Aluche is able to forge contracts with reliable, friendly, demons known as Servans. These Servans are classed into two categories: Strikers, who are used specifically for their strong attacks and ability to transform into weapons, and Trickers. They include her long-time friend, Nero; the electrifying mutt, Scharf; the fairy-like companion, Feuille; the Shikigami-wielding Kaede; the beautiful butterfly, Farfalla; the shadowy fiend, Hexer; and the dolphin-shaped Perle.

KOEI TECMO America also confirmed that those who purchase the title digitally on the Nintendo Switch™ within 4 weeks from launch will receive a selection of bonus DLC; including a set of extra Servans: Special Servan ‘Puni’, Special Servan ‘Schnee’, Special Servan ‘Hinagiku’, and an all-new Bonus Costume for Aluche to wear on her quest – ‘Scarlet Stripes’.