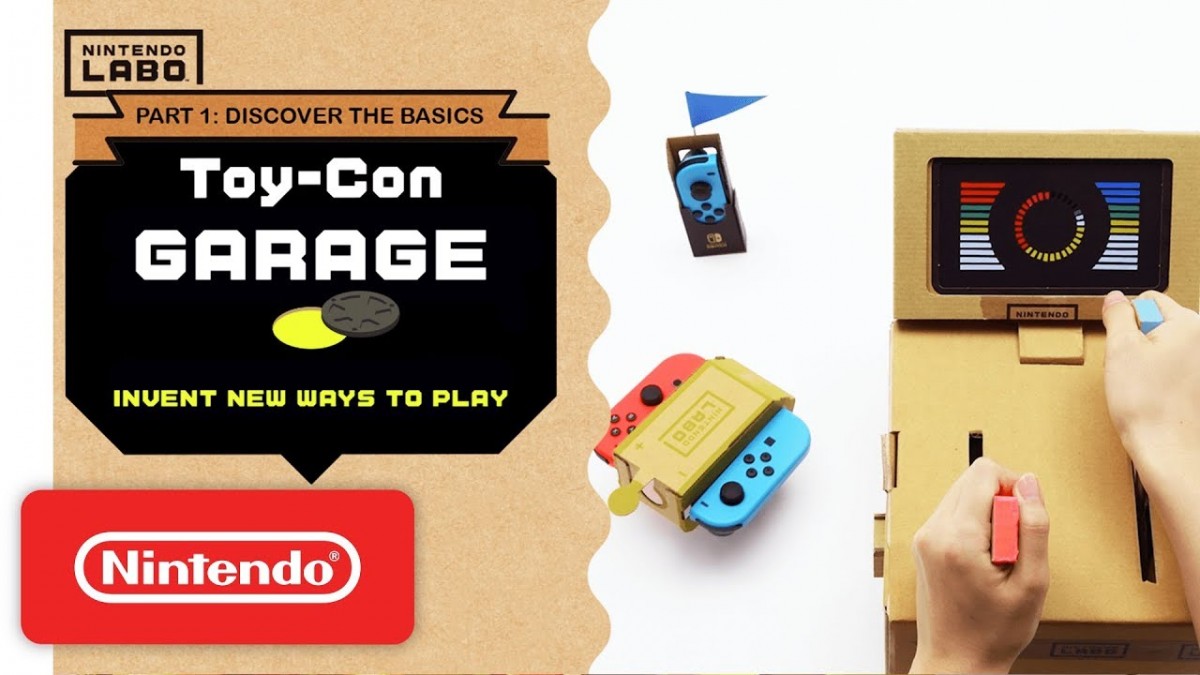 In the first video of a short series, Nintendo revealed new details about Toy-Con Garage mode, an inventive feature included with the software in each Nintendo Labo kit for the Nintendo Switch system (sold separately). Toy-Con Garage introduces basic principles of technology in a fun way, allowing Nintendo Labo users to combine various inputs and outputs to invent new ways to play.

Between now and the launch of Nintendo Labo on April 20, Nintendo will release videos showing off more information about different Toy-Con Garage features and tips.