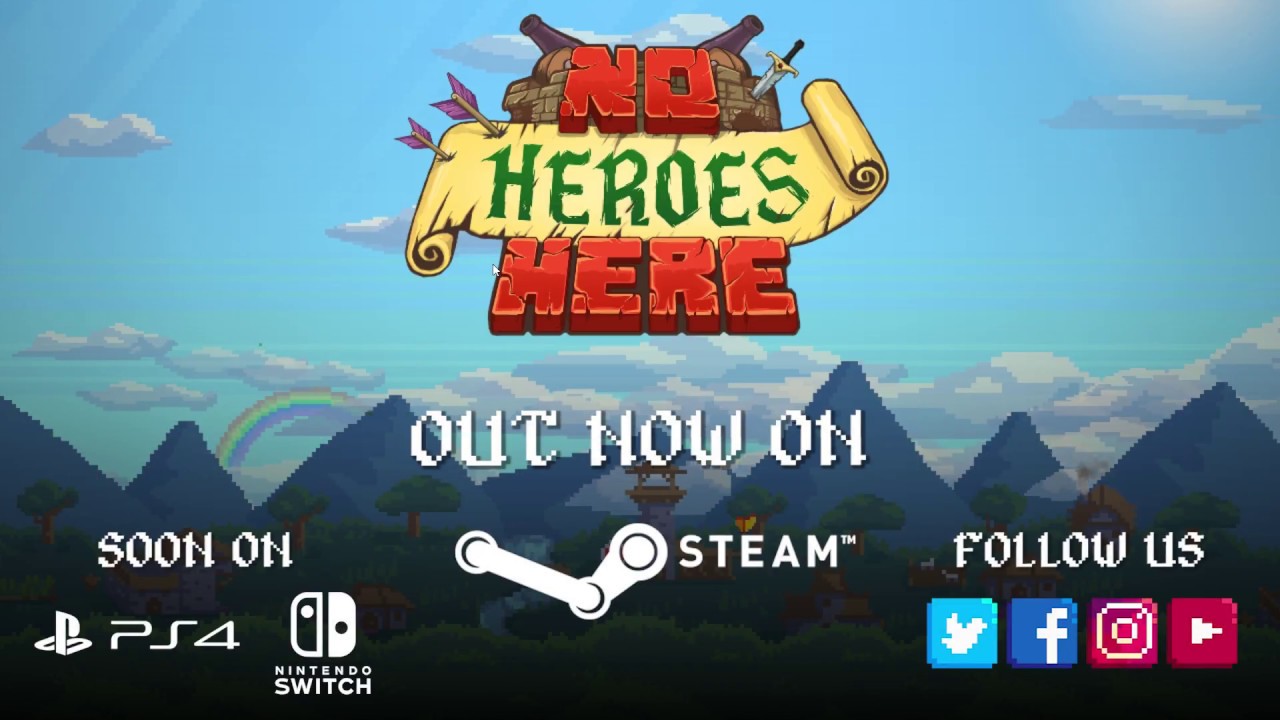 Indie games developer Mad Mimic Interactive has announced that its 2D castle defense game, No Heroes Here, has officially launched on the Steam store for the Windows PC.

No Heroes Here blends Castle Defense-style gameplay with crafting and platform elements presented in a beautiful 2D Pixel Art style. The game includes a single player mode along with online and local co-op play for 2 to 4 players. The game was named to The PAX 10 list at PAX West 2017, which recognizes the ten best Indie games at the event based on gameplay and overall fun-factor.

About No Heroes Here

The Kingdom of Noobland is at war and its heroes are gone! With the death of the last hero, it’s up to the non-heroes to save the Kingdom. Teamwork is key as players must cooperate to craft ammunition, load cannons, and fire upon hordes of enemies to defend castles all across the land. No Hero Here’s frantic co-op play is the kind of experience that either builds friendships or crushes them!

No Heroes Here is the first game produced and developed by Mad Mimic Interactive. The 2D co-op Castle Defense platform game is currently available on the Steam store for PC, and will be coming to PlayStation 4 and Nintendo Switch in early 2018.