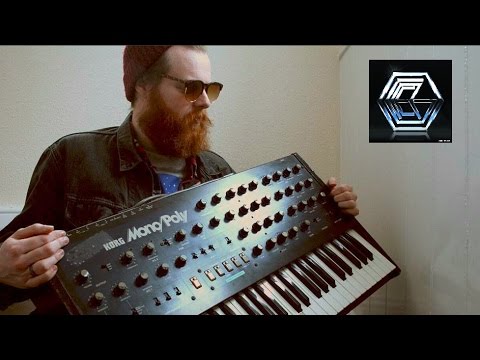 The soundtrack was already recorded in January and February 2018, following the game’s Kickstarter campaign in 2017. “We got a total runtime of 37:46 and I’m damn proud to be part of this. Having a soundtrack composed by a musician that skilled has by far been my smartest decision I made on my six-years journey to produce this game and I hope you’ll all enjoy listening!“, adds Outbuddies’ developer Julian Laufer.

“You can stream the Outbuddies’ soundtrack on Bandcamp for free, and I am really taking a break and listening to the awesome discography Robin has crafted over the course of many years dedicated to music!”

For checking out one of Robin’s live performances, please check out this video:

Robin Ogden adds: “We wanted any retro audio touches to be an oblique suggestion rather than an obvious throwback, but I definitely wanted to keep a clandestine 16bit flavour throughout Outbuddies. Most of the synth sounds you hear are generated from an old Yamaha TX81Z FM synthesizer, which is notorious to program, but has a lot in common with the old sound chips from the Megadrive/Genesis era. It was my go-to secret sauce. I wanted to splice in some of that time period’s DNA on some level, so the soundtrack is a deep-sea pressure fusion of ancient analog and dawn of digital synthesizers mixed with organic and real acoustic instrumentation.

Outbuddies is an exciting new chapter in the metroidvania tradition, and I wanted to reflect the ethos of these types of games with my Berlin school influences (Tangerine Dream, Klaus Schulze, Michael Hoenig etc.): sequences, repetition, and evolution. Prior to composing the soundtrack, I was reading Steve Reich‘s collected Writings On Music, which I’d argue has similar ideas to Berlin school composition. It seemed natural to employ some of these aesthetic choices when working on Outbuddies’ soundtrack, namely thematic sequences which evolve, distort and change as you dive deeper and traverse the game’s levels. Mantras and repetition have so many spiritual connotations, which seemed to me a perfect fit for a game about Old Gods stirring in the deep.”

Run, gun and explore an open undercity in this otherworldly non-linear Metroidvania adventure about the Old Gods, strange creatures and the remnants of a lost world!