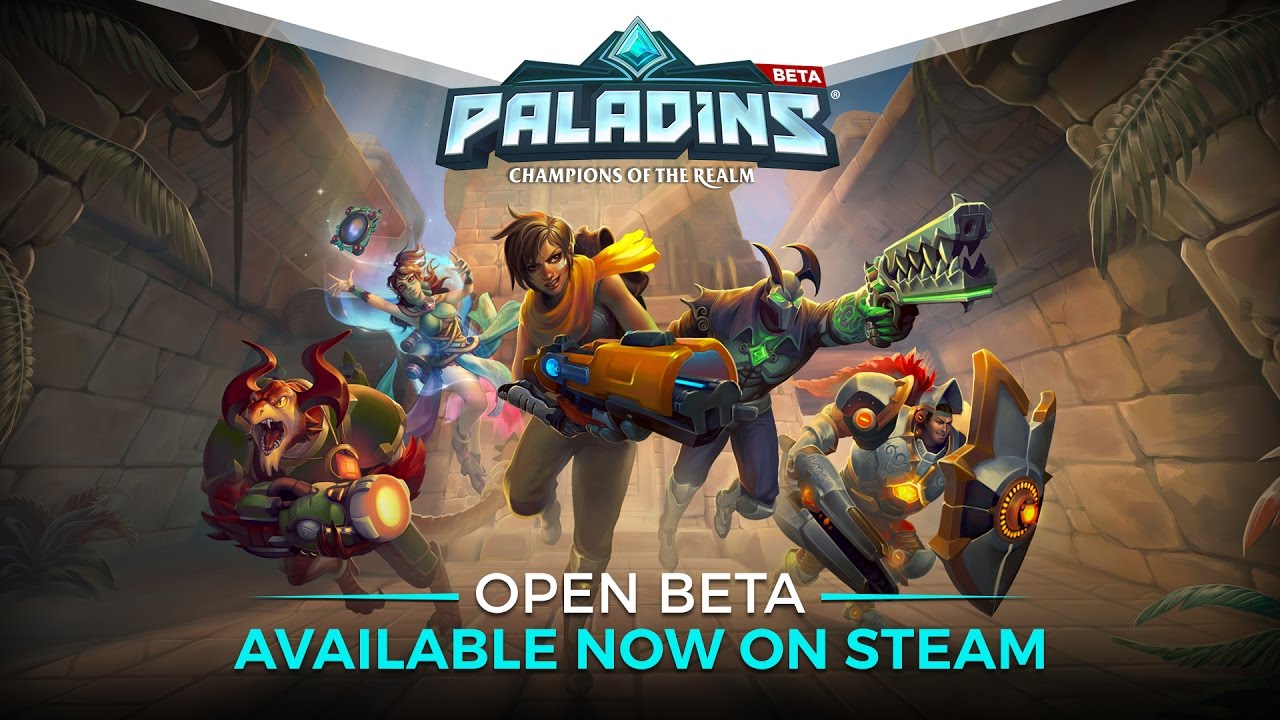 Paladins, the new team based shooter from Hi-Rez Studios, officially transitions to open beta today. Initially unveiled in August of last year Paladins combines FPS gameplay with unique character customization through collectible cards. Over the past few months Hi-Rez Studios has been working closely with the Paladins community to create something special and now invites everyone to experience Paladins’ blend of fast paced shooter action, a diverse cast of champions and deep character customization.

“Since the start of closed beta late last year we’ve been refining the core gameplay and the overall user experience”, said Todd Harris, COO and co-founder of Hi-Rez Studios. “Paladins is a team shooter with a fantasy setting, a sense of humor, and a high degree of customization and strategy. Paladins is now and always will be free-to-play and with our move to Open Beta anyone can download the game from the Paladins website or Steam. We look forward to continuing to shape and improve the game with an even larger community.”

Some of the newest features of the Paladins open beta include a new user interface, new match lobby, a third map (“Enchanted Forest”), the ability to mix head, body, and weapon skins on each champion, and a new ranked Competitive queue with leaderboards. Paladins has been built from the ground up to support esports and features a robust spectator client. Hi-Rez Studios has plans to support the growing Paladins player base with servers in key locations across the Americas, Europe, Southeast Asia, and Australia.

The Paladins open beta on Steam is launching with Steam achievements, and Hi-Rez Studios also teamed up with Valve to offer players a special Team Fortress 2 Engineer skin for the Paladins character Barik. This skin can be unlocked by playing the champion Barik 5 times through Steam.

Players interested in joining the Paladins open beta can download and play for free by visiting Steam.