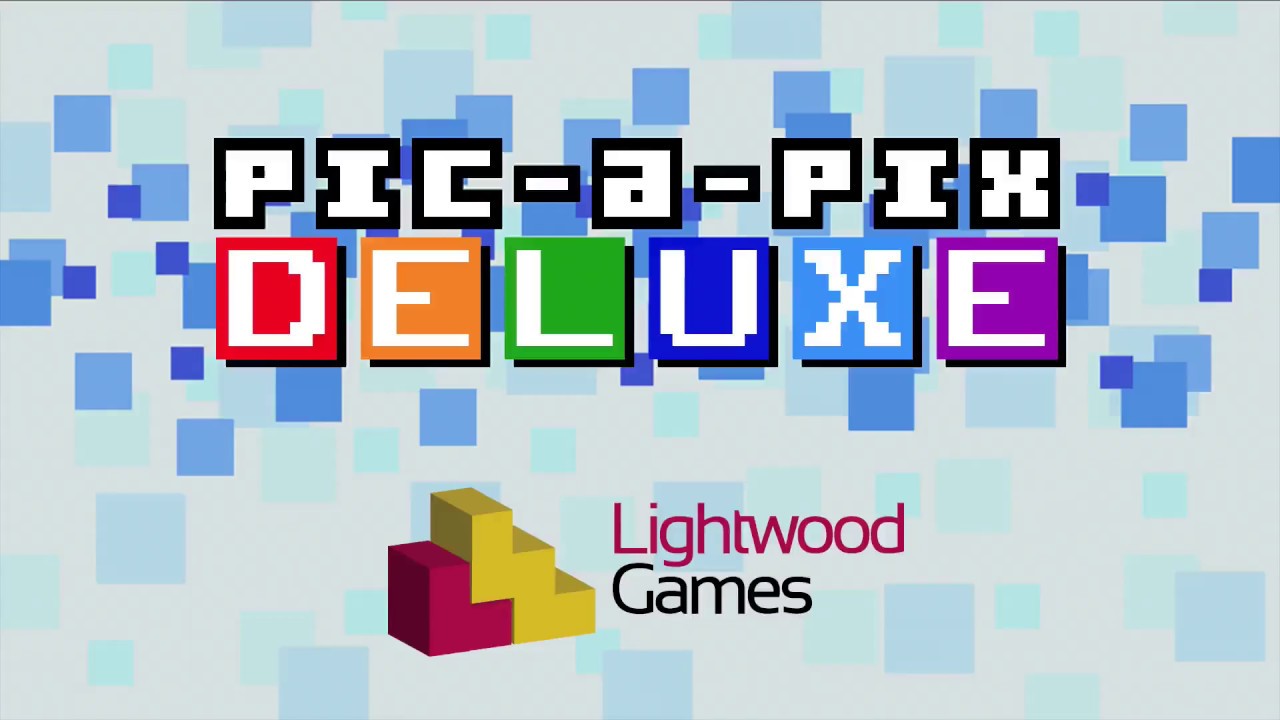 Pic-a-Pix are exciting logic puzzles that form whimsical pixel-art pictures when solved.  They are sometimes known by other names, like Picross, Nonogram, Paint by Numbers, Griddlers and Hanjie.

As well as classic black and white picross, Pic-a-Pix Deluxe also includes colour puzzles that must be solved using a palette of up to 5 different colours.  In the colour variation, the clues not only indicate lengths, but also the colour in which blocks must be painted.

This Deluxe version of the game features intuitive touch screen controls, designed for Nintendo Switch, and the option of co-operative play for up to four players.  It features 300 brand new puzzles – 150 colour and 150 black and white.

Pic-a-Pix Deluxe includes puzzles that range from introductory 5×5 grids up to challenging 35×25 puzzles.  Users can add even more content via DLC, with a range of packs that will be added over the coming months, offering new puzzles in a choice of sizes.

Content from the game’s predecessor, Pic-a-Pix Color for Nintendo 3DS and Wii U, is also available in a DLC pack.

Puzzles are designed by Conceptis, the world’s leading supplier of logic puzzles.  Every puzzle is guaranteed to be uniquely solvable – and cute!