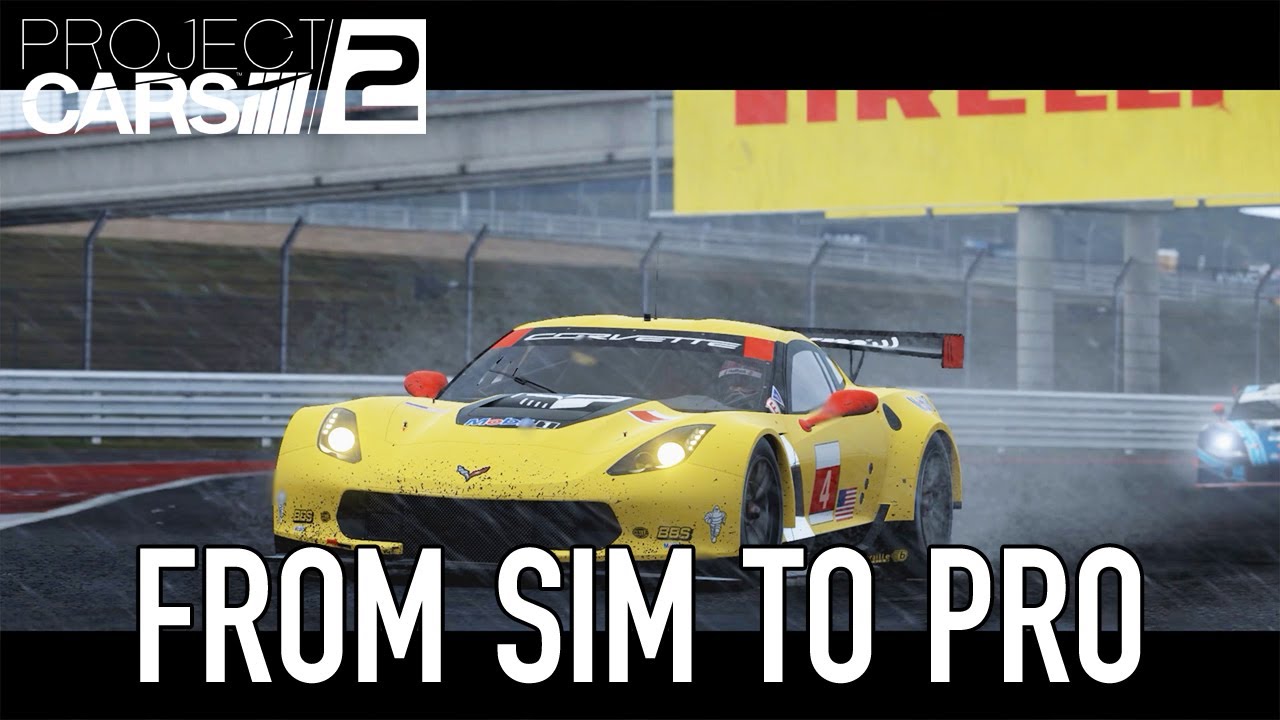 The “Built by Drivers” series of automotive films that highlight the close working relationship between drivers and developers Slightly Mad Studios on this year’s most anticipated racing game, Project CARS 2, gets its third installment today with the release of “From Sim to Pro” Featuring Tommy Milner.

Following-on from the successful debut in this series of films, “As Close As It Gets” featuring McLaren’s test-driver, Chris Goodwin, and on the heels of the latest instalment (“Porsche Passion” featuring Porsche factory driver Patrick Long), this third chapter explores Corvette factory driver and two-time Le Mans 24 Hours winner Tommy Milner’s decade-long involvement with the sim-racing community through a series of interviews with Slightly Mad Studios CCO, Rod Chong.

Project CARS 2: BUILT BY DRIVERS—“From Sim to Pro” Featuring Tommy Milner tells the story of how Tommy Milner went from a 12-year-old playing amateur racing game mods created by the founders of the development team that would, a decade later, develop the best-selling Project CARS franchise, to a two-time 24 Hours of Le Mans winner driving for the full factory Chevrolet Corvette team.

The film explores how the career trajectories of Tommy Milner and developers Slightly Mad Studios have paralleled each other through the years: from humble beginnings as a mod group on which Tommy collaborated as a young boy, through to becoming a professional studio with a string of hits as Tommy’s racing career exploded on the back of his first Le Mans win, studio and driver have experienced parallel trajectories on the road to success.
“From Sim to Pro” further shows how Tommy Milner retains a close working relationship with the studio 15 years after “Turbo Tom” first came onto the sim racing scene as a keen and passionate motorsport fan, and how his world-class driving skills, continuously sharpened by racing games, combined with his intimate knowledge of simulation, makes him an indispensable member of the team behind the world’s most authentic and technically-advanced racing game, Project CARS 2.

This fascinating profile of Tommy Milner, alongside the unique story-telling gifts of film-makers Donut Media, make this third instalment in the “Built by Drivers” series must-watch automotive content.

“Bringing up memories of those old, carefree days with Rod and the gang at Slightly Mad Studios was a little bittersweet,” said Tommy Milner. “We’ve kind of grown up together and gone on to bigger and better things, but at heart, we’re still the same passionate, motorsport-crazy guys we were 15 years ago. Working with them on Project CARS 2 has been a phenomenal experience as always—though nowadays they probably listen to me more than they did when I was 12-year-old ‘Turbo Tom’!”

“Tommy honed a lot of his skills on sims before he went on to becoming a pro’ driver,” said Rod Chong. “That gives him a unique talent-set that he brings to evaluating the cars and tracks in Project CARS 2. Having seen the process behind development of racing games first-hand for all these years, he instinctively understands what kind of feedback we’re looking for, and that makes Tommy an invaluable part of our development team. We’re really fortunate to have met Tommy all those years ago.”

Project CARS 2, rated PEGI 3, with over half-a-dozen racing drivers serving as technical consultants, and with Tommy’s Corvette as one of the game’s 180-plus cars, will release on PlayStation 4, XBOX One and PC on 22nd September, 2017.