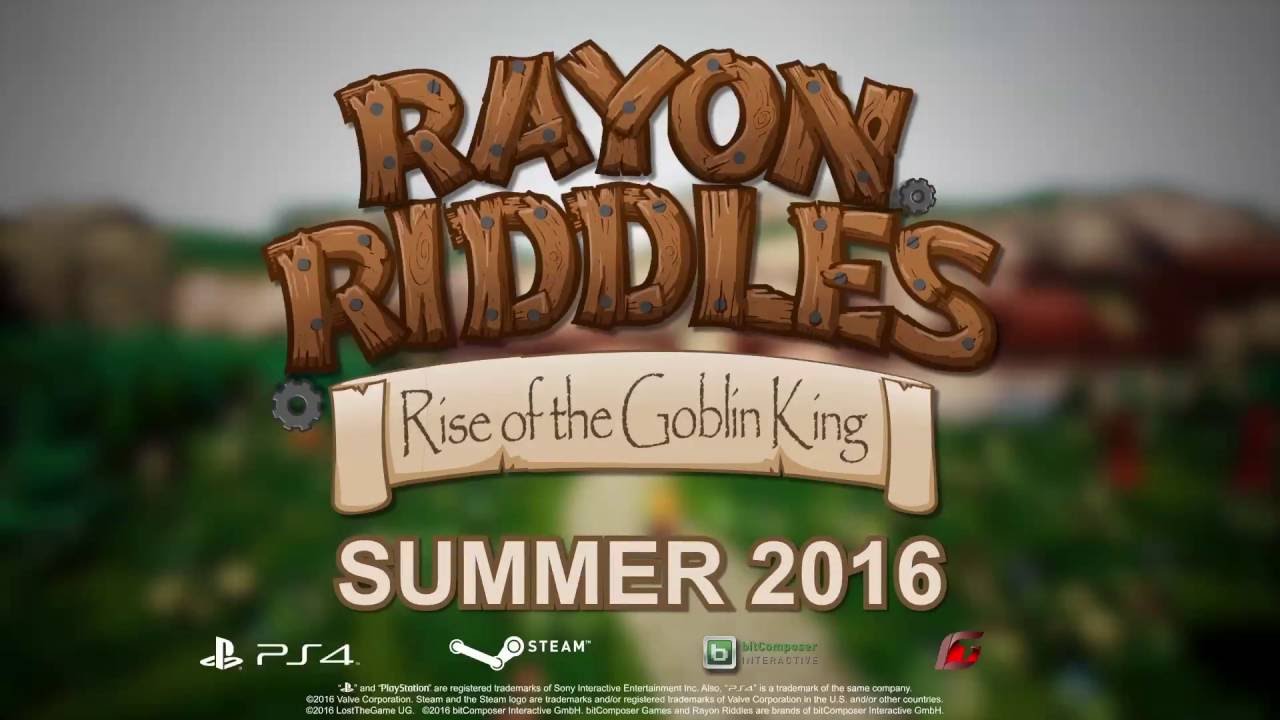 Rayon Riddles – Rise of the Goblin King combines tricky puzzles with charming retro looks and 3D action adventure game elements. Players take on the role of one of three goblins that want to return to their home. Therefore, the player can switch between the three game characters and combine their individual skills to get savely through the orc’s empire. Before the release at the end of september, adventurous players can already check out the demo version of Rayon Riddles and directly dive into its imaginative world.

Let the riddling begin! Play the merry demo of Rayon Riddles right away

Players who have fun with riddling can now take up the first challenges in the the demo version of Rayon Riddles. If you want to slip into the role of the cuddly goblins beforehand, you can download the Windows PC demo here.

The God boozes, the goblins manage to run away

The goblins were chased away from their homeland by humans. During their escape, they had to cross the dwarves’ mines and were eventually enslaved by orcs. Luckily for the goblins, the orc’s God drank too much and is currently sleeping off his intoxication. The goblins sense their opportunity to escape and now it’s Goblins vs. Orcs! And that’s a major problem – at least for the goblins as they are heavily inferior to their cruel enemies. In Rayon Riddles, the goblins know how to combine their individual skills in order to outsmart the orcs. First, Tech manages to flee and he immediately rescues his king and afterwards the whole flock. The whole crew sets out to return to their home as they have to discover that the orcs are not their only problem.
Saving goblins in a detail-oriented game environment

In nine levels overall, players of Rayon Riddles have to prove their skill and ability to think outside the box. They can switch between three characters and explore the lovingly designed game environment with them: Tech, the inventor, only needs the right material and instructions to craft different items which help him get the king to his destination. Heavy is able to crack doors and walls with his enormous power and Tiny can make himself almost invisible due to his size and a relevant trick. Goblin King Hung Ree is sent from location to location on a set route. The characters who are currently not being controlled observe the scenery and wait until they get their next order. Players have to combine the individual skills of all three characters to be successful. On their way to freedom, the goblins have to overcome several obstacles which are barring the king’s way: The game environment is teeming with orcs and animals, and even trolls and nasty traps look to prevent the Goblin King and his people from reaching their destination. Players have to solve numerous tricky puzzles in order to free the goblins and they will soon find out that there are several approaches.
Unique settings offer 3D action arcade looks and witty gameplay

Rayon Riddles – Rise of the Goblin King is based upon legendary 3D action adventures. The diverse puzzles and witty humor complete this unique combination of design and game play. Players can choose between various characters and a multitude of items which results in different approaches in every playthrough. Thereby, players are motivated to run through the game several times. And, thanks to the funny story, there is always plenty to laugh.

Rayon Riddles – Rise of the Goblin King is available for Windows and Playstation 4 from the end of September. Also, there will be a discount to the projected 11,99 €/$ – 8,99 GBP.