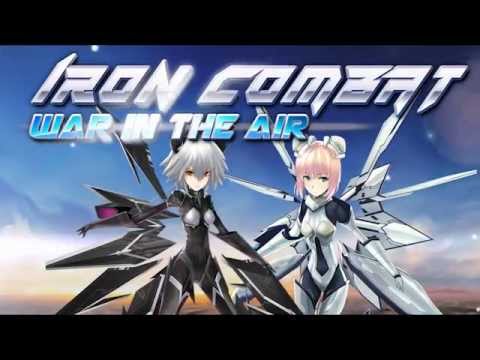 The game publisher, Teyon, and the Japanese developer, Amzy, today announced the collaborated release of Iron Combat: War in the Air on Nintendo 3DS™. This futuristic fighting/action game will become available in the American Nintendo eShop next Thursday on March 19th, 2015 for $6.99, with the European release following soon.

The skies and cities of future Earth are endless battlefields and you have volunteered to become a living weapon, the last hope to vanquish an evil corporation bent on enslaving mankind. Chase in the air as a sophisticated fighter aircraft, then transform into a hi-tech mecha to finish off the enemy.
Defeat an amazing roster of enemy units, including fighter aircraft, assault mecha, massive ships, defense arrays, missile units, orbital bases and more. Thrilling fighting/action gameplay puts you in the middle of epic combat and a storyline that is rich and rewarding.

Victories earn you credits that can be used to purchase awesome weapons and powerful upgrades. Fully customize your abilities and use new powers, you choose how to make every battle unique. Become the mightiest weapon humanity has ever seen! Are you the hero Earth needs for ultimate justice?

Game Features:
· Maneuver, chase and fire in realistic Air Combat Mode, close with the enemy and destroy in thrilling Mecha Assault Mode
· Fight hundreds of unique enemies and bosses, in the air and on the ground
· Tally kills to purchase devastating weapons & upgrades to fully customize your vehicle
· Easy controls, stunning 3D effects and highly immersive graphics transport you into battle
· Clear missions and reveal an inspiring storyline in Campaign Play, or master every level in Free Play

Watch the mecha assault action in the trailer for Iron Combat: War in the Air:

Or head to the official website for more information:
http://www.teyon.com/games/iron-combat