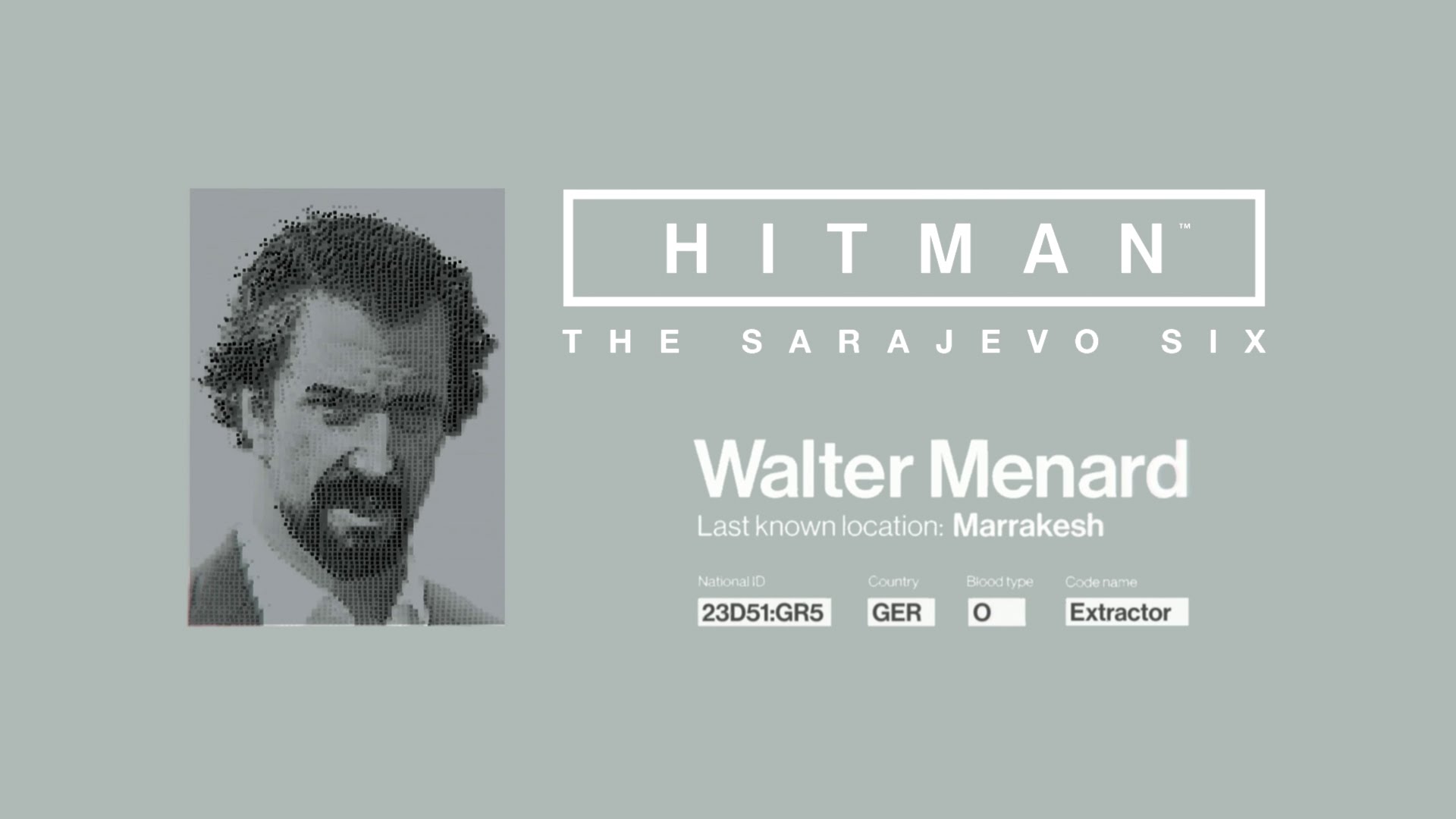 6 BONUS CONTRACTS – The Sarajevo Six – only on PlayStation®4

The third Sarajevo Six target will be available with HITMAN Episode 3: Marrakesh.

Your target is Walter Menard, a veteran of the paramilitary SIGMA UNIT active during the Yugoslav War of the 90s. Your target has currently been tasked with handling the evacuation of rogue banker Claus Strandberg in Marrakesh.

PS4 players get exclusive access to The Sarajevo Six. These are six bonus contracts that tell a self-contained side-story revolving around former members of a paramilitary unit called CICADA. Agent 47 will travel the world in pursuit of his targets, with one bonus contract available in each location from the game.

About HITMAN
HITMAN is the sixth game in the blockbuster series and is the culmination of a journey started by Io-Interactive more than 17 years ago. It builds on the critically acclaimed and commercially successful foundation of games like Silent Assassin, Blood Money and the recent Hitman: Absolution.