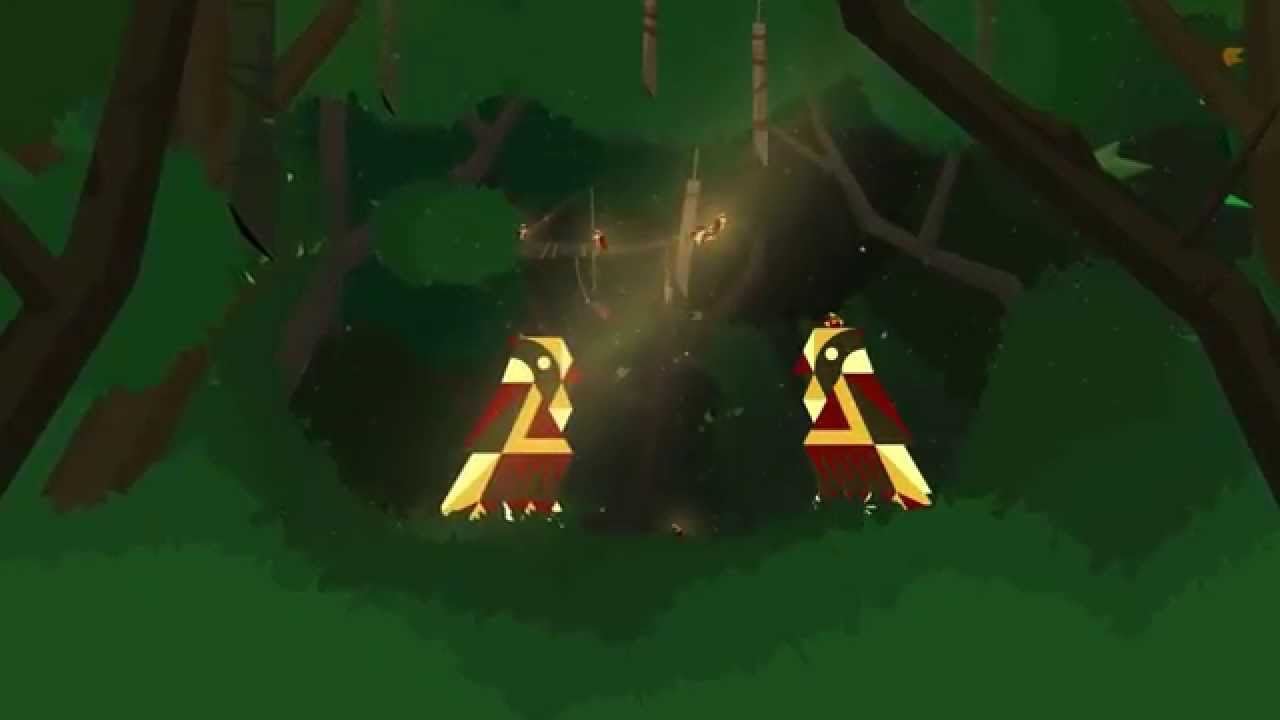 “While playing Secrets of Raetikon … I was on cloud nine.” Jess Condit, Joystiq

Broken Rules is releasing its third game, Secrets of Raetikon. After the award-winning And Yet It Moves and the Nintendo Wii U launch title Chasing Aurora, Secrets of Raetikon marks the comeback to the PC (and Mac and Linux) platform. The game has been on Steam Early Access since January and is launching on April 17th on Steam, the Humble Store and on the Mac App Store.

“… a title of masterful mystique, beauty, and playfulness” Kill Screen (ignoring the embargo), 81%

Secrets of Raetikon is an atmospheric, open-world 2D game where you fly like a bird and explore a uncharted world. As a mysterious winged being, you find yourself alone in the mountains of the Alps. Discover strange contraptions, wild animals and the mysteries of an ancient culture. Your quest is to uncover the Secrets of Raetikon.

The game is loosely based on the ancient culture of the Raetic people, who roamed the Alps until being overrun by the Roman Empire. The Steam version comes with a full-featured level editor that allows creating mods, new content, or even new games and distribute them via Steam Workshop.

Here’s the full list of what is in the game:
– Single player campaign
– A living, breathing world populated by all kinds of animals
– An emergent ecosystem influenced by your actions
– Fully interactive physical world
– An epic story told in Raetic runes
– Huge animal kings and ancient contraptions
– Play creatively and solve puzzles the way you want
– Achievements (on Steam) and Stats
– The full game is editable via the built-in level editor
– Easily share your self-designed levels via Steam Workshop

“We wanted to create a game with high replay value and thus the AI and physics are the pillars the gameplay rests upon. Every animal has a distinct behaviour and all of them react to each other. Every bush can be uprooted and every branch torn out. The game is a story-based sandbox in an open world. And there is in fact a hidden gravity gun.”

We would like a review embargo until April 17th, the day the game launches. Any coverage without a score is greatly appreciated though – especially Let’s Play videos, previews and interviews. Please also bear in mind that the version you’ve got is still a prelaunch build with some rough edges. We’re adding polish and fixing the last bugs right now. And we’re adding those missing sound effects.

The game is ready for review now. You already have received a code. To access the review version on Steam you have to complete the following steps:
1. Go to LIBRARY
2. Right click on Secrets of Raetikon and select PROPERTIES 3. Select the BETAS Tab 4. Enter the secret access code to unlock the private review branch: “secretsunveiled”
5. Press CHECK CODE
6. Select the new branch “press” from the dropdown list 7. Close the properties window and wait for the update (or restart steam) 8. In the title screen of the game you should see a label stating “PRESS 1.0”

If you have not received a Steam code yet, please feel free to contact me and I’ll happily send you one!