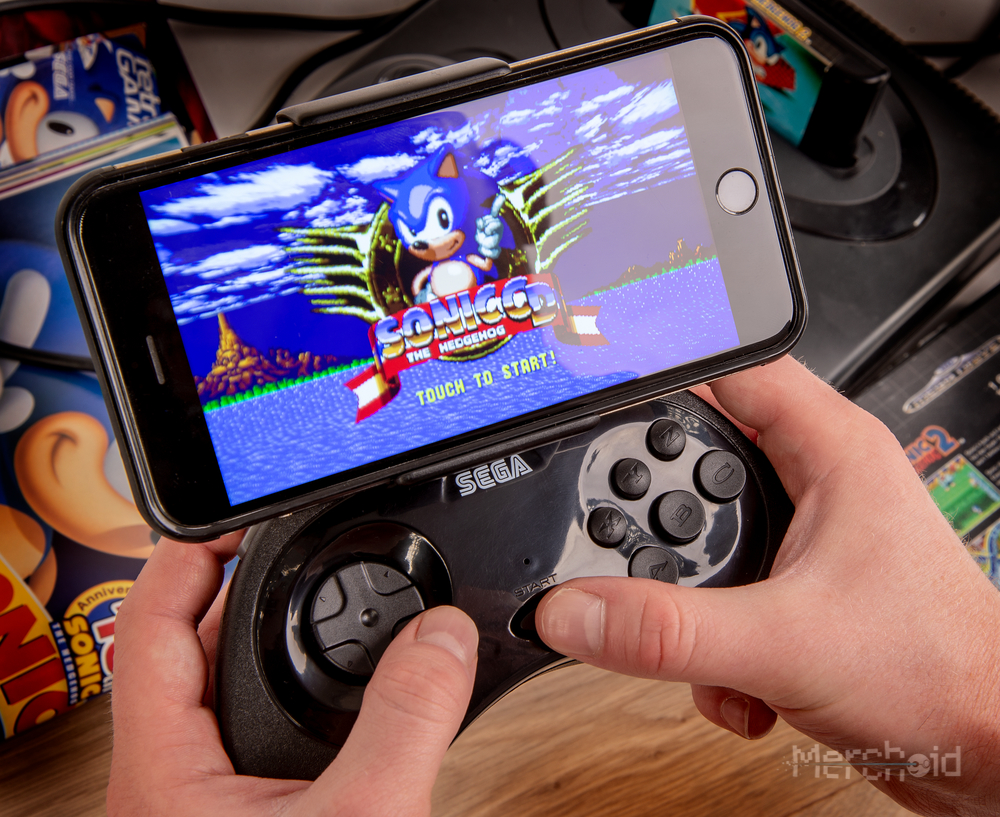 The most compact time machine ever in the form of the officially licensed SEGA android smartphone controller. Relive all your childhood favorites without having to delve into that attic! Based on the ergonomic SEGA Saturn controller (the one with six buttons instead of three), this device can be used with any Android phone to play a heap of SEGA games (a lot of which are free on Google Play already). The phone holder is removable meaning you’ve finally got a loophole for when your parents say you’re too close to the screen. Simply place the phone wherever you please and control from afar, moan-free.

Also, there are absolutely no wires due to the Bluetooth connectivity, meaning the device offers truly wireless play.

Sure, people can brag about their NES Classic but can they use it on the go? Definitely not. After all this time, it still seems SEGA does what Nintendon’t!