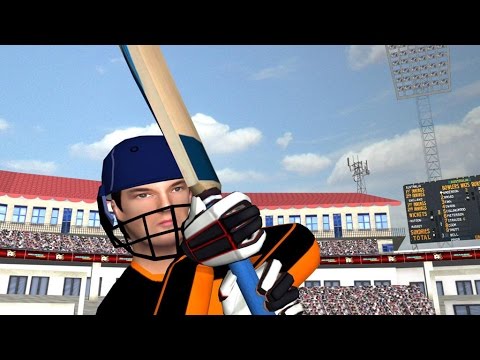 “I am extremely pleased with Smashing Cricket; I believe that players will find it both challenging and visually stimulating,” said Chandan. “We have built it as an endless runs scoring game where players can keep hitting fours and sixes and get to the top of the leaderboards. Players can compete with their friends in the Friend’s Leaderboard or dominate the Global Leaderboards (all-time and weekly),” said Chandan. While the game is easy to play, it in no way lacks sophistication; “players can choose to play shots in any of 8 directions, choose to go grounded or lofted and can also choose to activate powerups. Furthermore, an upgrades system allows upgrading batting skills and powerups. A list of records to chase and detailed statistics are also provided,” said Chandan.

About Smashing Cricket
Smashing Cricket – the best free 3D cricket simulation game for your mobile devices with great graphics and realistic physics.
Are you a cricket fan? and you love batting? Keep smashing the ball without getting out. See how far you can go.

● Compare your top score with that of your friends.

● See all your stats: from runs scored to the wagon wheel.

● Cross-platform leaderboards. Compete even with friends playing on other platforms.

● Intuitive controls. Play on your phone with ease with a single hand.

● Never lose your progress even if you lose your device. Progress saved securely on server.

● No intrusive advertisements. Watch a reward video ad only if you choose to.