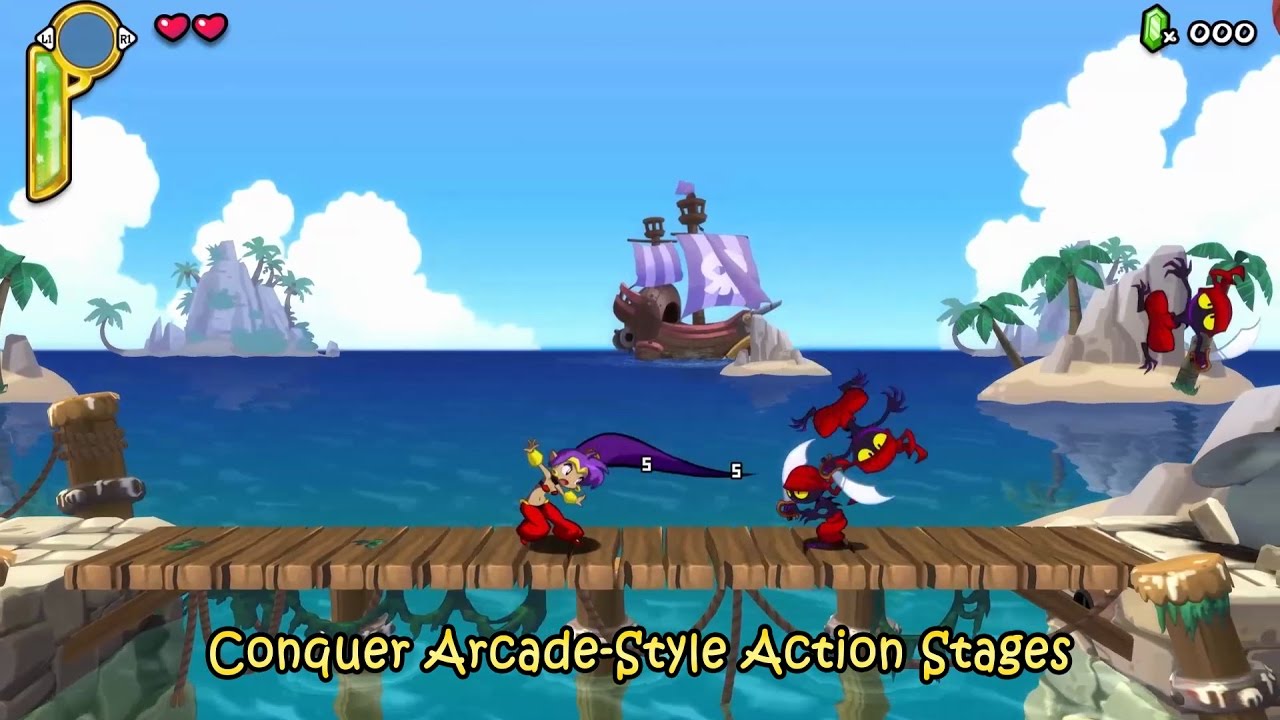 XSEED Games, the independent-minded console publishing brand of Marvelous USA, Inc., today announced that their retail edition of the crowd-funded action game developed by WayForward, Shantae: Half-Genie Hero, will launch for the PlayStation®4 computer entertainment system and PlayStation®Vita handheld entertainment system on December 20. To celebrate the popular indie series’ first full HD release, a limited “Risky Beats” retail edition will be packaged with a musical selections CD containing 30 songs from the game’s soundtrack for PS4TM and “PSVita” systems as well as for Wii UTM system in North America for a suggested retail price of $29.99. The retail release date for Wii U will be one week later on December 27. WayForward will launch the PS4TM system and Wii U versions digitally on December 20 from PlayStation®Store and Nintendo eShop, respectively, for $19.99. XSEED Games will handle publishing duties for the digital “PSVita” system release from PS Store, also scheduled for December 20, for $19.99.

Following three highly successful releases with Shantae, Shantae: Risky’s Revenge, and Shantae and the Pirate’s Curse, Shantae: Half-Genie Hero reacquaints players with the cast of Shantae in full HD. The magical world of Sequin Land is more vibrant than ever with high-definition graphics that retain the charm of the original 2D hand-drawn sprites the series is known for. Shantae, the spirited young half-genie, must once again defend Scuttle Town as the pirate captain and self-proclaimed Queen of the Seven Seas, Risky Boots, plots to steal a newly discovered limitless source of power.

Shantae has previously protected her hometown from all forms of evil including steam-powered pirates, undead evildoers, and militaristic madmen, and is ready to take on Risky Boots with her trademark Hair Whip attack and Belly Dance moves which give her the power to transform into eight different creatures. Non-stop action with immersive 2.5D environments and a new relic system give novice and expert players a uniquely tailored platforming experience. All of Sequin Land becomes a fully explorable world— after conquering massive bosses, the Arcade-style action stages can be revisited to discover new items and secrets based on experience gained.

Shantae: Half-Genie Hero is developed by WayForward for PS4TM, “PSVita”, and Wii U. XSEED Games will be publishing the “Risky Beats” physical editions, which will each be available packaged with a musical selections CD, for $29.99. The PS4TM and “PSVita” retail releases will be available December 20, while the Wii U retail release will be available December 27. This title has been rated “T for Teen” by the ESRB with the descriptors of Cartoon Violence and Suggestive Themes.