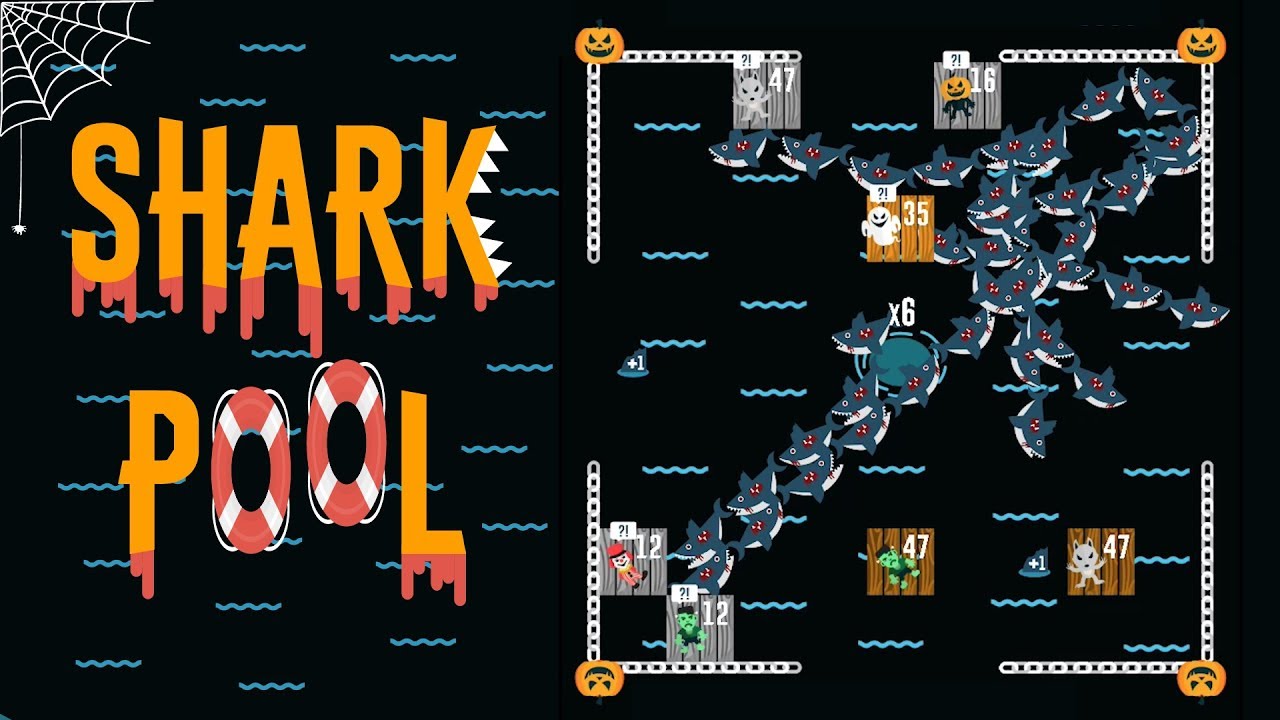 In Shark Pool, players will take control of a shark who must defend its home from the greatest threat imaginable: sunbathers.

Meet Shark Zuckerberg: gregarious, intellectual … and also a Great White. Zuckerberg has made his home in a cave off pristine ocean waters, but he’s suddenly faced with a thorny problem. It turns out that humans of the “previously alive” variety also like the location – and having built a swimming pool, are floating about … uninvited.

To defend Zuckerberg’s home, you’ll not only have to aim the Great White at the targets but also calculate which path will incur the most damage! Projectiles will then bounce from foe to foe … and won’t stop until they’re out of bounds. With enemies coming from all sides (and moving inward toward the cave), you’ll need to have perfect aim to take down as many sunbathers as possible in one go. As you progress, you’ll earn multiplying power-ups that will unleash a multitude of fellow sharks on those fleshy invaders. Remember Shark Zuckerberg’s motto: Take down the human scourge … or die trying!

“Remember those 15 Great White sharks spotted off the Southern California coast? We sure do, and they were actually the inspiration for Shark Pool,” says Ashray Urs, co-founder of AK Arts.

“After spending way too much of our time playing a popular mobile game, we needed something more challenging to keep us entertained day in, day out,” adds Kyle Gorlick, co-founder of AK Arts. “The answer to our ennui was Shark Pool – an arcade-style feeding frenzy that’s nearly-impossible to put down.”

Shark Pool is now available as a free-to-play app on iOS, Android, and Apple TV. Players can choose to purchase 5 additional lives for $.99 and can play ad-free for only $2.99.