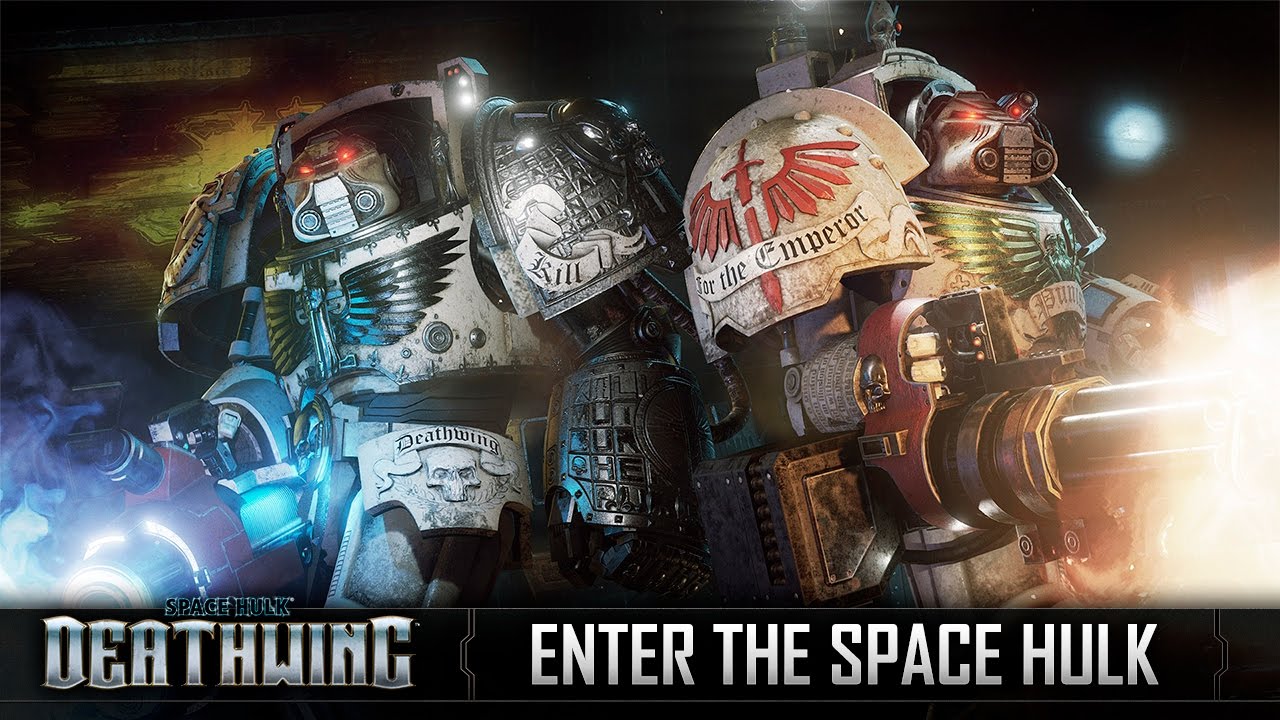 Space Hulk: Deathwing, the upcoming first-person shooter set in the Warhammer 40,000 universe, will be available for download on PC, December 9. With only one month left until release, the whole team at Streum On is working non-stop to add the final layer of polish to the game and deliver the best possible experience to players.

In the meantime, discover today a new trailer for the game, Enter the Space Hulk, introducing the developers’ meticulous attention to detail and introduces the plot of its campaign, playable in both solo and coop.

Each Space Hulk is an amalgamation of ancient ships and space debris, and Olethros is filled with lore from the 10,000 years since the dawn of the Imperium to the 41st Millennium. You will be exploring Black Templar ships, troop transports, and even pirate vessels that were lost in the Warp and became part of the Space Hulk OIethros’ bowels. Streum On Studios made sure that every inch of the colossal ships, each corridor and each room, contains highly detailed designs, unique architectural styles, and references to Warhammer 40,000 history.

An incredible amount of care was also given to the enemies and their AI. The Genestealers have many variants with unique abilities and skills, combined with their AI utilizing pack tactics and ambushes that are faithful to the lore.

As a Terminator Armour-clad member of the Deathwing, you have access to the most advanced weapons the Imperium has to offer. Available to you and your squad are the iconic Stormbolter and other famous Space Marine weapons and variants.

Don your Terminator power armor, take up your Storm Bolter, and bring glory to the Emperor in Space Hulk: Deathwing when the game launches December 9 on PC. The game will release early 2017 on PlayStation 4 and Xbox One.