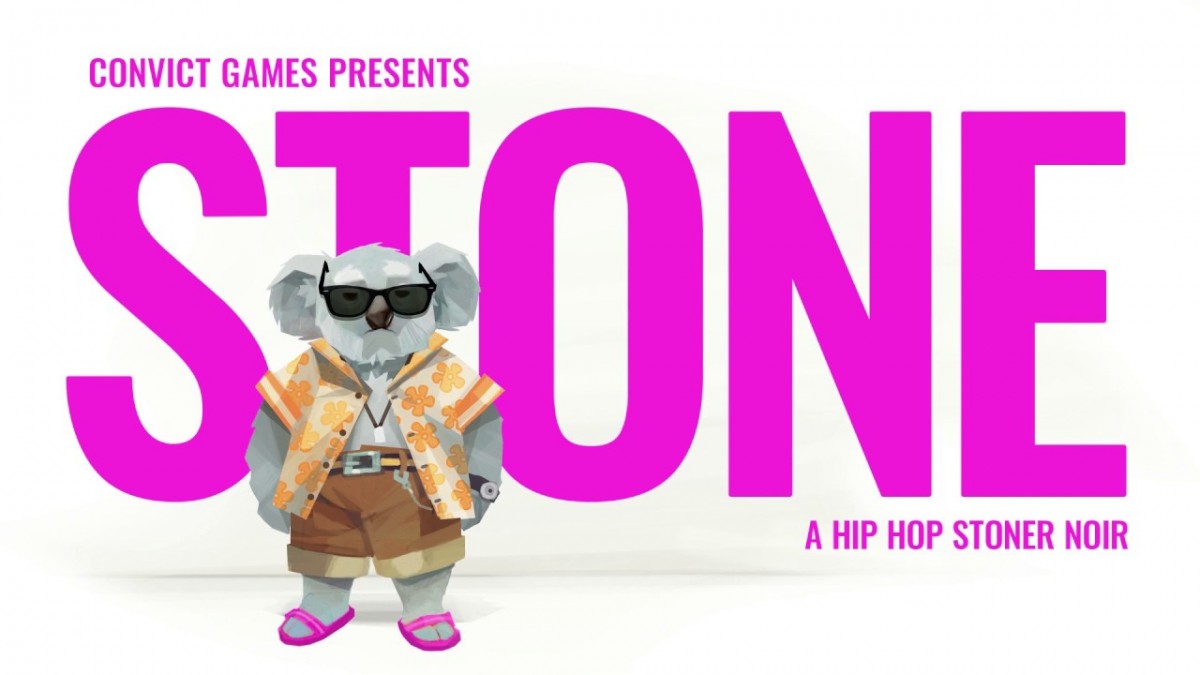 Convict Games, a collection of ex Remedy devs, musicians and filmmakers, have just announced their NAVGTR award nominated and acclaimed debut interactive story STONE is out on Xbox One and Xbox One X. STONE was planned to be out before Christmas on Xbox, but the team at Convict decided to postpone to fix more bugs and get more polish in for players.

Last but not least, STONE supports English, French, German, Italian, Spanish and Japanese subtitles on Xbox One and Xbox One X on launch.

The Xbox One version brings their Aussie stoner noir to Xbox players and special support for Xbox One X with higher resolution and more.

What is STONE?
STONE is a stoner noir adventure story game that follows a loveable, koala private investigator as he pieces together his fragmented memory of the debaucherous night before. As if his morning couldn’t get any more stressful, Stone receives an ominous call threatening to upheave his entire life, just as he realizes his “chookie” Alex, a lorikeet raver and artist, is nowhere to be found.

STONE unfolds as an interactive adventure game story featuring an eccentric cast of anthropomorphic characters and absolutely no frustratingly flow-killing esoteric puzzles . As Stone stumbles through Oldtown, a place teeming with bars, clubs, theaters and more, players can take a “Hard-Ass” or “Soft Touch” approach while interrogating a menagerie of talking animals with bad attitudes and a deep repertoire of Australian slang as he tries to understand what the fuck happened last night.

Players can give Stone a much-needed break during his journey by engaging with side activities including dancing to brick-in-a-washing machine techno, drinking beer or cocktails, making beats, taking a smoke break and even watching some public domain classic films.

Music is also a huge inspiration for the Convict Games team, and STONE’s heavily-curated soundtrack features licensed tracks from several upcoming indie artists around the world. Each song was chosen to reflect the myriad moods in STONE’s story and explores diverse genres such as hip-hop, stoner metal, techno, house and more.