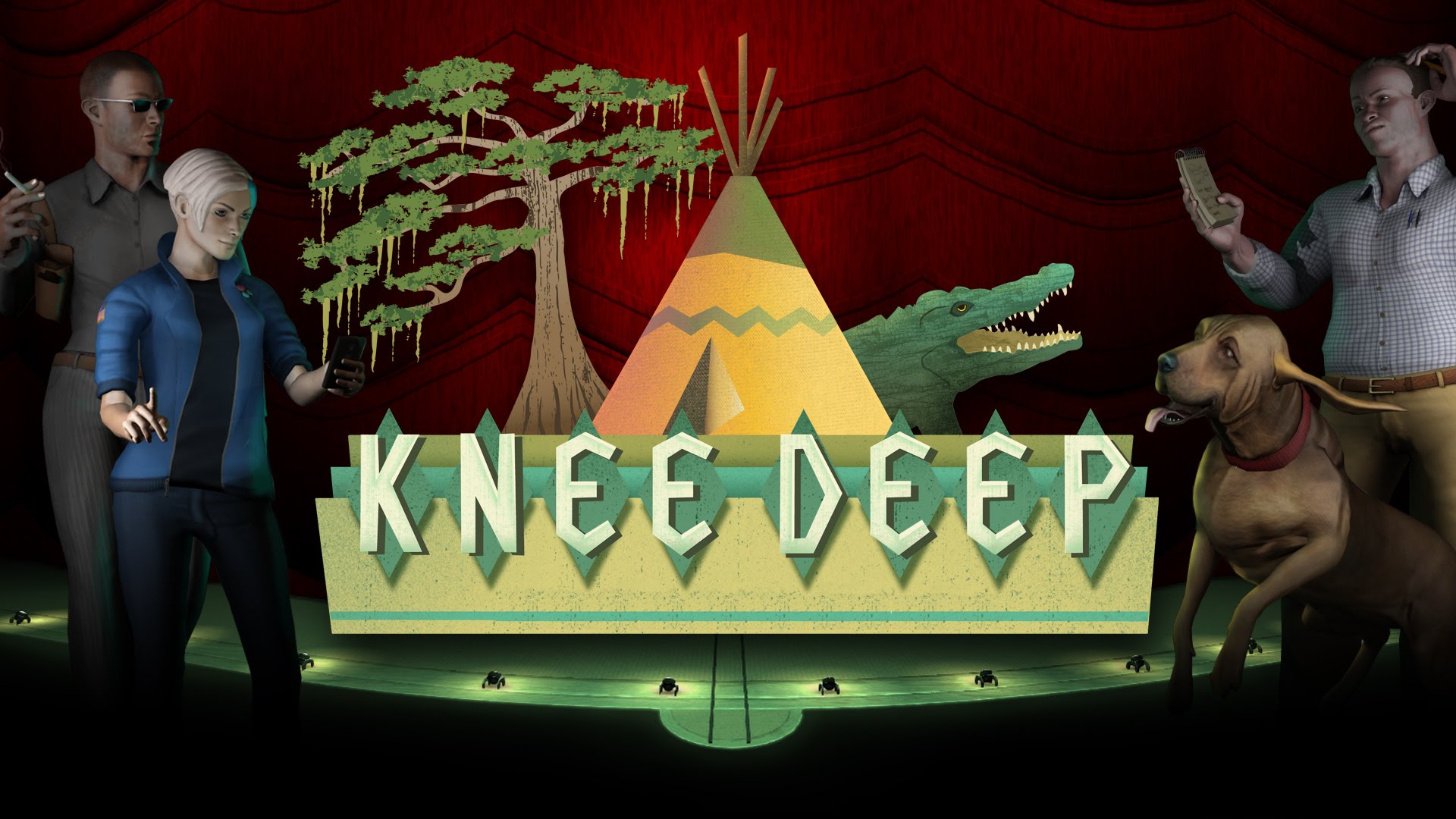 The award-winning independent UK studio, Wales Interactive, have teamed up with North Carolina’s Prologue Games to bring Knee Deep to Xbox One and PlayStation 4 in Q3 2016.

Knee Deep is an episodic adventure game taking place on a grand theatre stage. Driven by narrative, Knee Deep is about characters, storytelling, and the melodrama of swampland Florida.

When a washed-up actor hangs himself on location, a spotlight is cast on the backwater Florida town of Cypress Knee. Your screen becomes a stage on which you investigate this mysterious suicide as three distinct characters: cheeky blogger Romana Teague, down-and-out local reporter Jack Bellet, and cynical private investigator K.C. Gaddis. Grab the press kit: http://bit.ly/KneeDeepPress

You’re the writer, director, and star of the Prologue Theatre’s performance of Knee Deep, a swamp noir adventure. In each episode, your choices push the characters from one set to another as they collect clues, uncover evidence, and confront wrongdoers.

Colin Dwan, Founder and Managing Director of Prologue Games, says “We always wanted Knee Deep to end up on consoles but knew that it would take the right partner to help us navigate the waters of submission, marketing, and distribution. When we met Wales Interactive, we realized they were a perfect choice. Their track record of strong platform relationships, commitment to great content, and tenacious marketing put us at ease. We’re thrilled to be working with the team and can’t wait to bring Knee Deep to the console world!”

David Banner, Founder and CEO of Wales Interactive added “Knee Deep first caught my eye when it was being demoed on a neighbouring stand at London’s Rezzed 2015. That’s when I first met Colin and we discussed the potential of a Welsh/American collaboration to bring the game to console. The relationship has built from there and with our ethos of Indies helping Indies it’s great to work with such a talented forward thinking studio like Prologue Games who really see the value in teaming up to help get Knee Deep to a wider audience”.

Uncover a swampland conspiracy — Use your skills of observation, deduction, and cleverness to pull back the curtain and reveal the true story behind this backwater community.

Dynamic storytelling spotlights choice and consequence — Engage in realistic conversations that evolve based on your choices, but beware as critical decisions could lead to a breakthrough…or someone getting hurt.

Gaming goes to the theatre — Vivid voice acting, imaginative set transitions, and melodrama specifically designed for the digital stage.
No fail-state: You can’t lose Knee Deep. No matter what choices you make, the story unfolds until it reaches the finale.

Atmospheric musical soundtrack: A mix of bluegrass and blues, the soundtrack by SkewSound adds another amazing dimension to the story of Knee Deep.