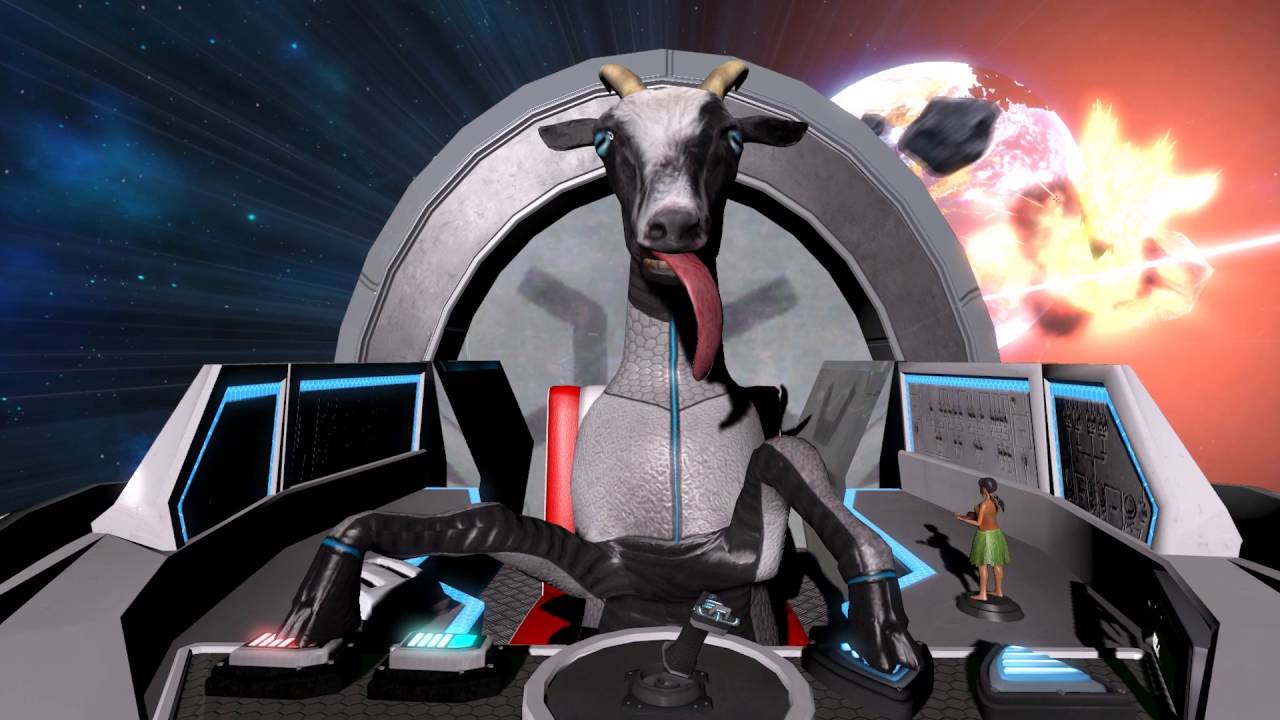 Joining the space ships and lazer beams bandwagon, Goat Simulator will release a brand new expansion titled Waste of Space on the 26th of May. In Waste of Space, you get to beat or trick people into crowdfunding you their hard-earned money, and then spend it on your own dreams of being a space McGyver in space or whatever space nerds do instead of huffing paint in their underwear like normal people.

Here are the features:

· Visit space today or get old waiting for that other space game that you already paid for
· Crowdfund a space colony and get other people to pay for it and do all the work!
· Endless space full of planets to visit. but seriously it would take forever to go there so why bother
· There is one planet nearby though. Go to that one
· Fly and shoot stuff in space, because nobody makes games about flying and shooting in space anymore
· Learn how to be a real bridge commander like that spock dude from mars or whatever
· The biggest map in goat simulator history, filled to the brim with all kinds of crazy
· No crew member will be left unromanced ( ͡° ͜ʖ ͡°)

Goat Simulator: Waste of Space will be available on PC, iOS, Android and Amazon.

Gameplay-wise, Goat Simulator is all about causing as much destruction as you possibly can as a goat. It has been compared to an old-school skating game, except instead of being a skater, you’re a goat, and instead of doing tricks, you wreck stuff. Destroy things with style, such as doing a backflip while headbutting a bucket through a window, and you’ll earn even more points! Or you could just give Steam Workshop a spin and create your own goats, levels, missions, and more! When it comes to goats, not even the sky is the limit, as you can probably just bug through it and crash the game.
Disclaimer

Goat Simulator is a completely stupid game and, to be honest, you should probably spend your money on something else, such as a hula hoop, a pile of bricks, or maybe pool your money together with your friends and buy a real goat.

Key Features
◾You can be a goat

◾MILLIONS OF BUGS! We’re only eliminating the crash-bugs, everything else is hilarious and we’re keeping it

◾In-game physics that bug out all the time

◾Seriously look at that goat’s neck

◾You can be a goat