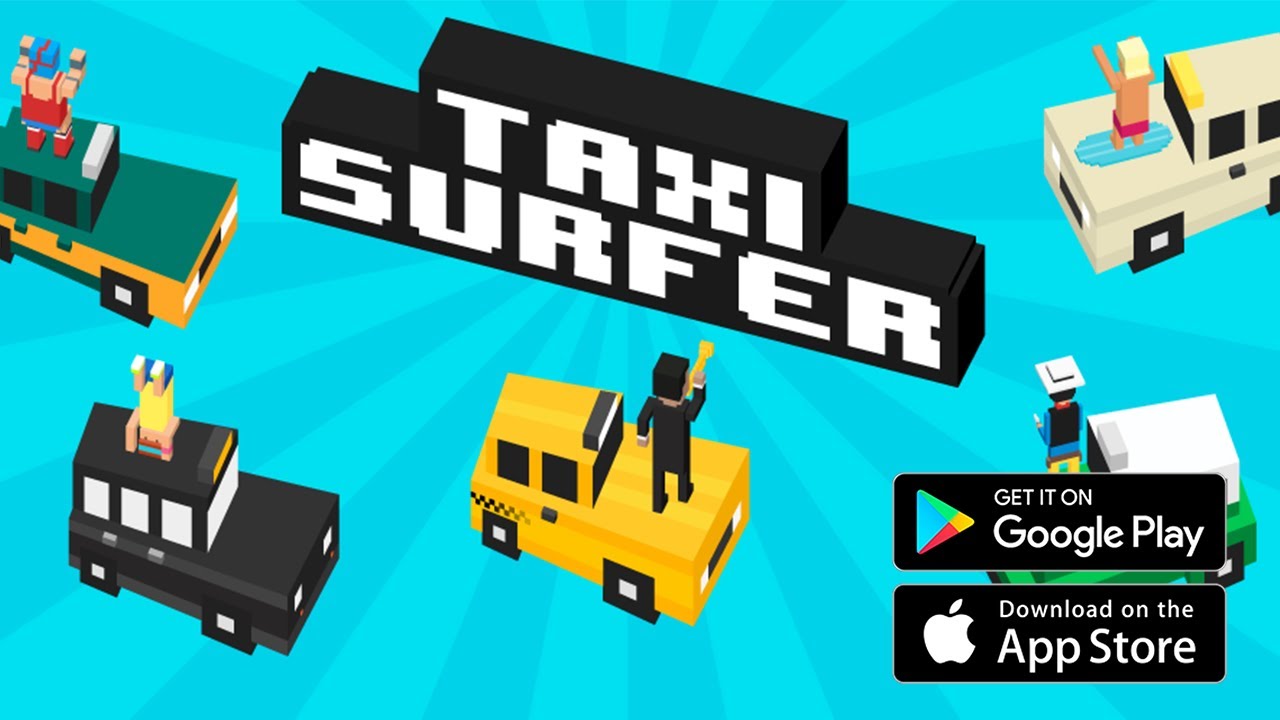 Did you ever dream of taking a taxi without having to pay for it? Then Taxi Surfer will make your dream come true!

Taxi Surfer is a simple but challenging isometric one-tapping arcade game in a beautiful blocky design. The goal of the game is to jump from taxi to taxi without being hit by other cars, highspeed trains or the crazy police. The player starts surfing taxis in New York City. By collecting coins several other cities, such as Beijing, Munich, Mexico City and London can be unlocked. Every world comes with a unique scenery and music. On top of that the player has the choice between 17 lovingly made characters, each of which comes with unique sounds and animations.

In order to add to the competition aspect, the game supports Apple and Google leaderboards.

There the player can share his highscore via Social Media and show off to his friends. How many taxis can you surf?

Taxi Surfer is available for download for free from the Apple App Store and the Google Play Store from 14. June, 2017.