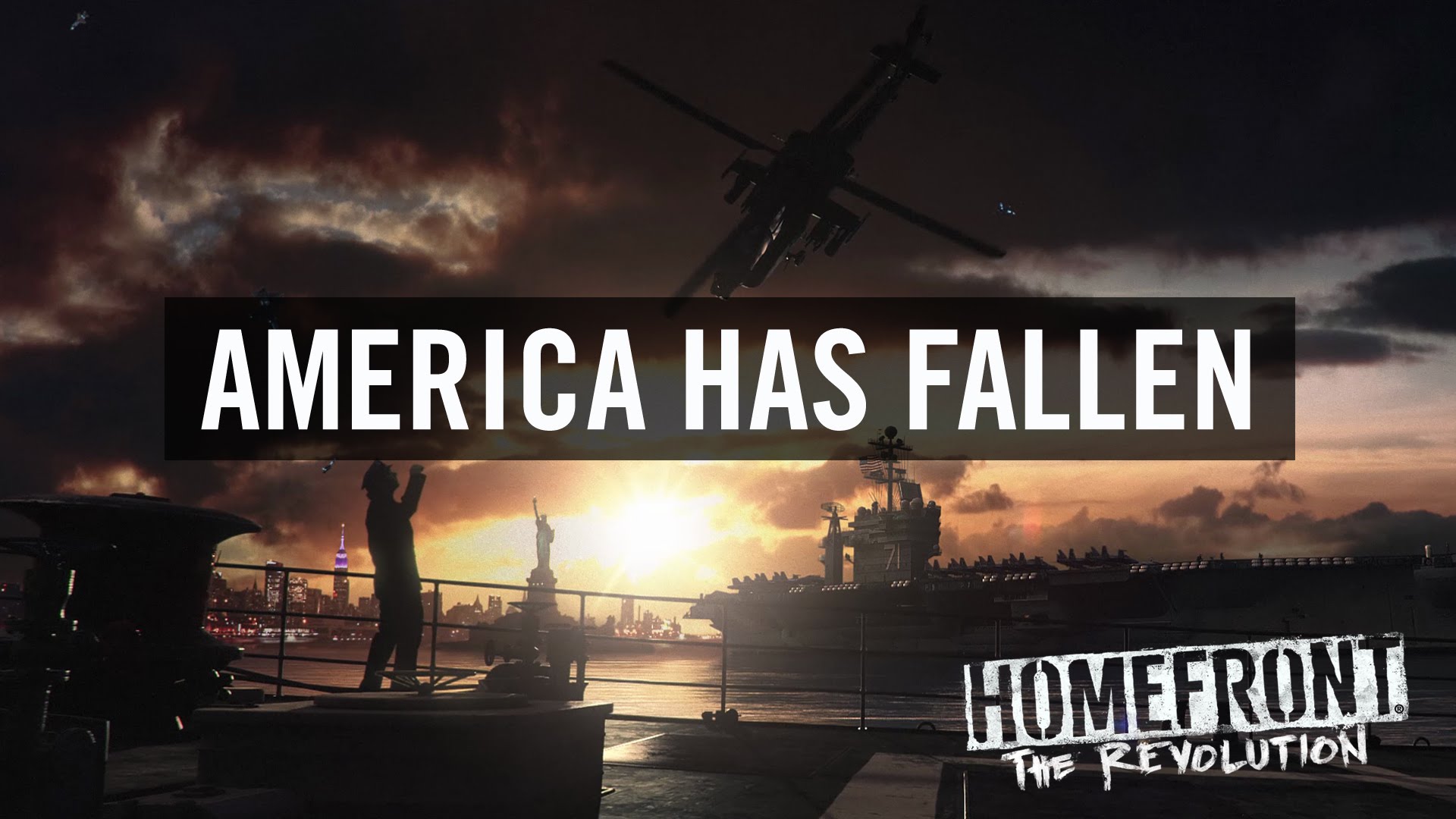 Deep Silver and Dambuster Studios today revealed the all-new backstory to Homefront®: The Revolution by releasing the opening cinematic to the game, titled “America Has Fallen.”

A reimagined alternate history dating back to ashes of the Korean War documents the fall of one global superpower and the rise of another, driven by the ruthless APEX Corporation in a world with chilling parallels to our own.

“The core premise of Homefront – an occupation on American soil – remains unchanged,” said Hasit Zala, Game Director at Dambuster Studios. “But we have created a brand new fiction that offers a very different interpretation of how we got there.”

The full story behind the rise of APEX is told in the gripping 2026 documentary, APEX and the Technology of Control:

A living, breathing, open world responds to your actions – you and your Resistance Cell can inspire a rebellion on the streets and turn Occupation into Revolution, as oppressed civilians take up the fight.

But your enemy has the advantage – superior technology, firepower, heavy armor and air support. You must learn the art of guerrilla warfare – ambush, sabotage, infiltration, deception – and fight a running battle through the war-ravaged suburbs of Philadelphia.

And the single player campaign is just the start – in Co-Op you and your friends can form your own Resistance Cell and become renowned as Heroes of the Revolution!

· Wage Guerrilla Warfare – this is no linear shooter; learn the art of guerrilla warfare and use ambush, infiltration and hit and run tactics against your foe in thrilling un-scripted firefights

· Build the Resistance – recruit revolutionaries to the cause, establish bases and safehouses, capture and customize a deadly arsenal, and build improvised, homebrew weapons for your Guerrilla Tool Kit

· Ignite the Revolution – from oppressed citizen to revolutionary leader, an epic single-player campaign tells the story of the second War of Independence. The dynamic, evolving world responds to your actions as an oppressed nation rises up in defiance against the occupation

· Online Co-Op – take the battle online, form a Resistance Cell with your friends and earn your reputation as Heroes of the Revolution