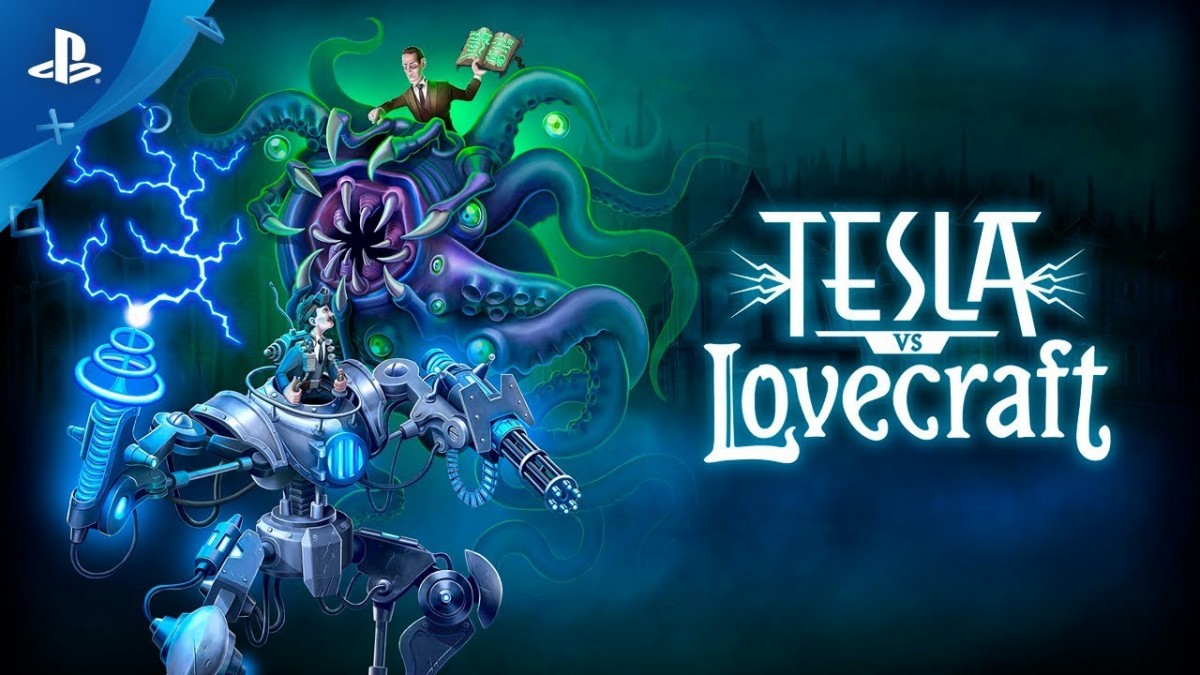 The top-down twin stick shooter Tesla vs Lovecraft by 10tons Ltd. is available for Xbox One and Nintendo Switch

Tesla vs Lovecraft is a twin stick top-down shooter where the player takes on the eldritch abominations of horror author H.P. Lovecraft as the cult famous inventor Nikola Tesla. A Quantum Teleport backpack allows the player to instantly travel a short distance in any direction, even through walls and monsters. The player is also able to call down a Tesla-Mech battle robot for a huge but brief boost in firepower. A solid arsenal of weapons, powerups, special abilities, and selectable perks is also present.