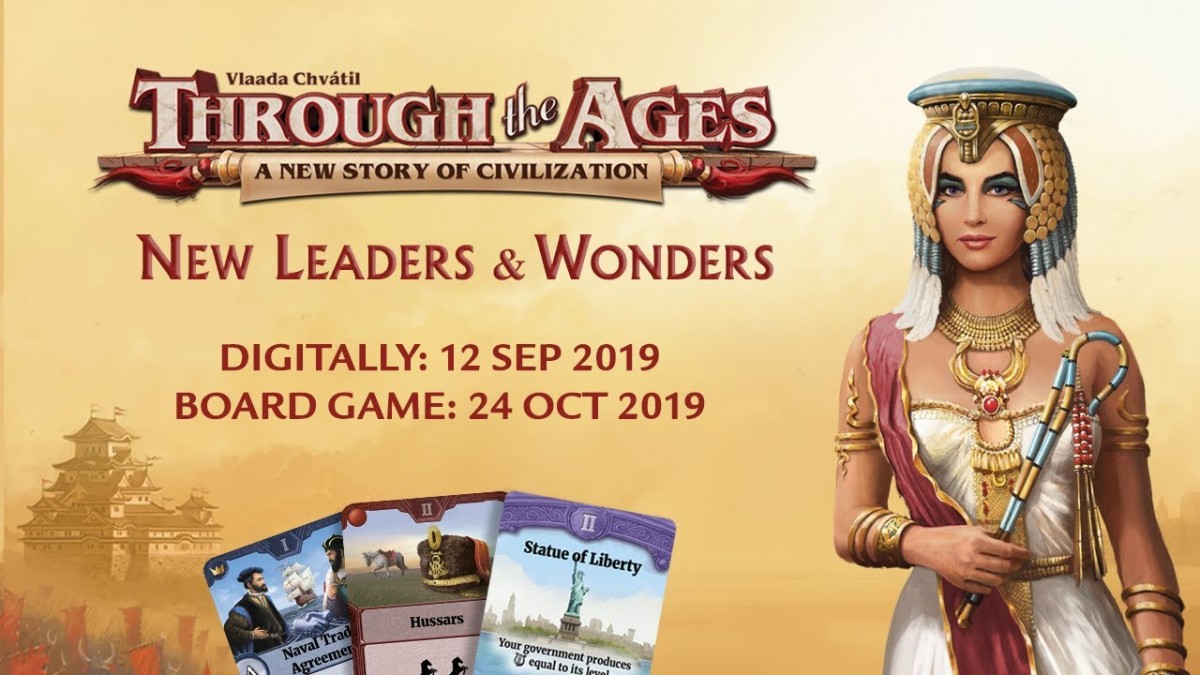 A highly appraised digital adaptation of currently world’s fourth best board game has an expansion – New Leaders and Wonders for Vlaada Chvátil’s board game legend Through the Ages is out, digitally.

The New Leaders and Wonders digital expansion doubles the amount of leaders and wonders, introduces brand new military cards, thus significantly increasing variability of the game, and adding new mechanisms for a more exciting, edge of your seat experience. The expansion is developed by Czech Games Edition, is out on Google Play, App Store, Steam and GOG.

The expansion can be connected to players’ CGE online account, thus allowing players playing on different platforms to buy the expansion only once and it will unlock on every device the player is logged in, regardless of the store.

CGE has also prepared a special pre-order package that connects the digital game with the board game in a unique way, bringing this cross-platform experience to perfection – each player who pre-orders a physical board game from the participating brick and mortar game stores all over the world will get a digital copy of the expansion for free!

Through the Ages has become a board game legend since the release of its second edition in 2015 and is highly appreciated for its intricate strategy, epic theme, and unique depth of gameplay. Also, the game lets you build mighty civilizations only through variety of cards balanced to perfection – there are no maps in this game! Its digital implementation followed in 2017 and up to this day is regarded as one of the best board game digitalizations out there with a stable rating of 4.9 across mobile platforms.

The game allows you to play single-player against four different levels of well-trained AIs, on one device with nearby friends in pass-and-play mode, or online against other living and breathing opponents. It also includes variety of challenges and achievements to put your leadership skills to a test.