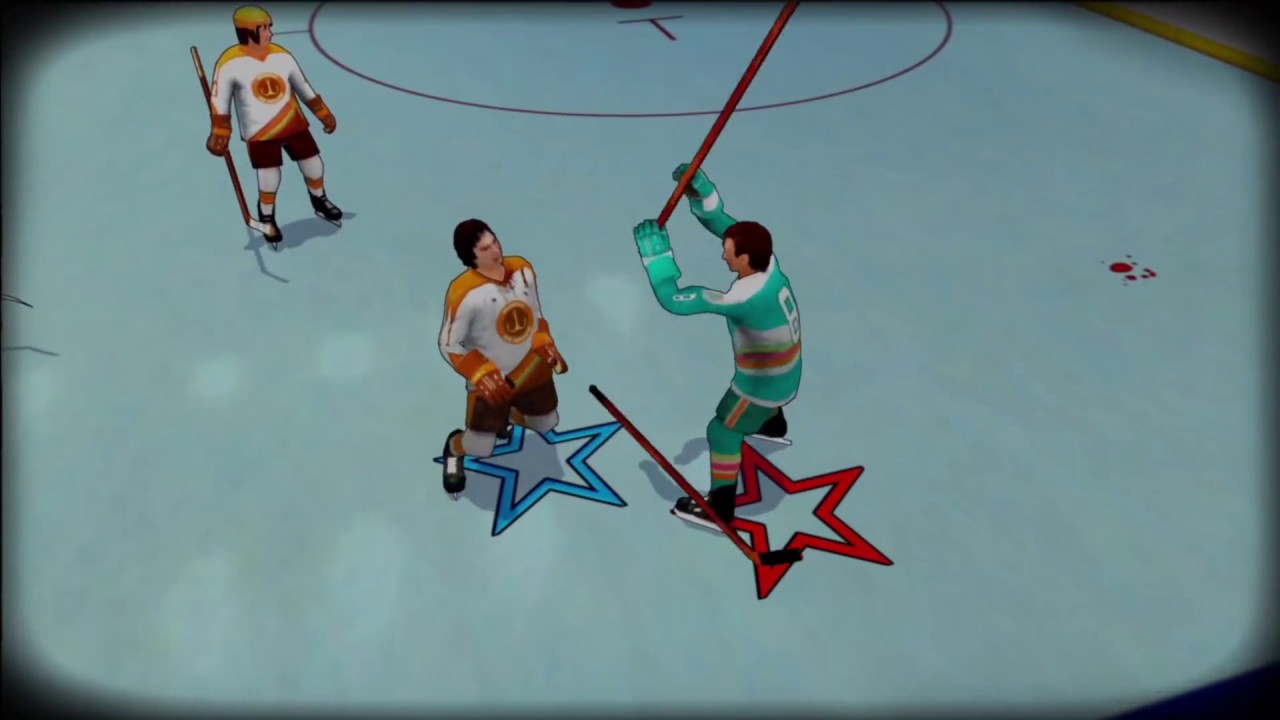 V7 Entertainment Inc. is very excited to announce that Old Time Hockey will be officially launching on Steam and PS4, March 28!

Old Time Hockey channels classic arcade style action (NHL 94, Blades of Steel, and Tecmo Bowl to name a few) with an old-school aesthetic from the 70’s era. No helmets, bench clearing brawls, and way too many mustaches to count can all be found in the Bush Hockey League.

Control schemes range from arcade 2-button controls, beer mode (one-handed) control scheme to more modern style. Play competitively or cooperatively on the couch with your friends in arcade mode, or take to the ice as the worst team in the Bush Hockey League in the hijinks-filled story mode!

Speaking of the Bush Hockey League, V7 Entertainment unveiled all 10 teams this month on Twitter, but as a quick recap, here’s who you can lace up as in-game!

Cascadia Timber Cats – INDEPENDENT STATE OF MIND
The Cascadia Timer Cats are based in Seattle, Washington. The Timber Cats were originally called the Seattle Chuckanuts and were the farm team of the historic Vancouver Urbanites.

Cobalt Silvers – EASTERN ONTARIO REPRESENT
The Cobalt Silvers are based in Ontario’s Most Historic Town – Cobalt. The team was founded by miners with newfound gains from silver rushing and was once the richest team in the BHL.

Old Time Hockey will also release on Xbox One Q2 2017, and the Nintendo Switch at a later date.