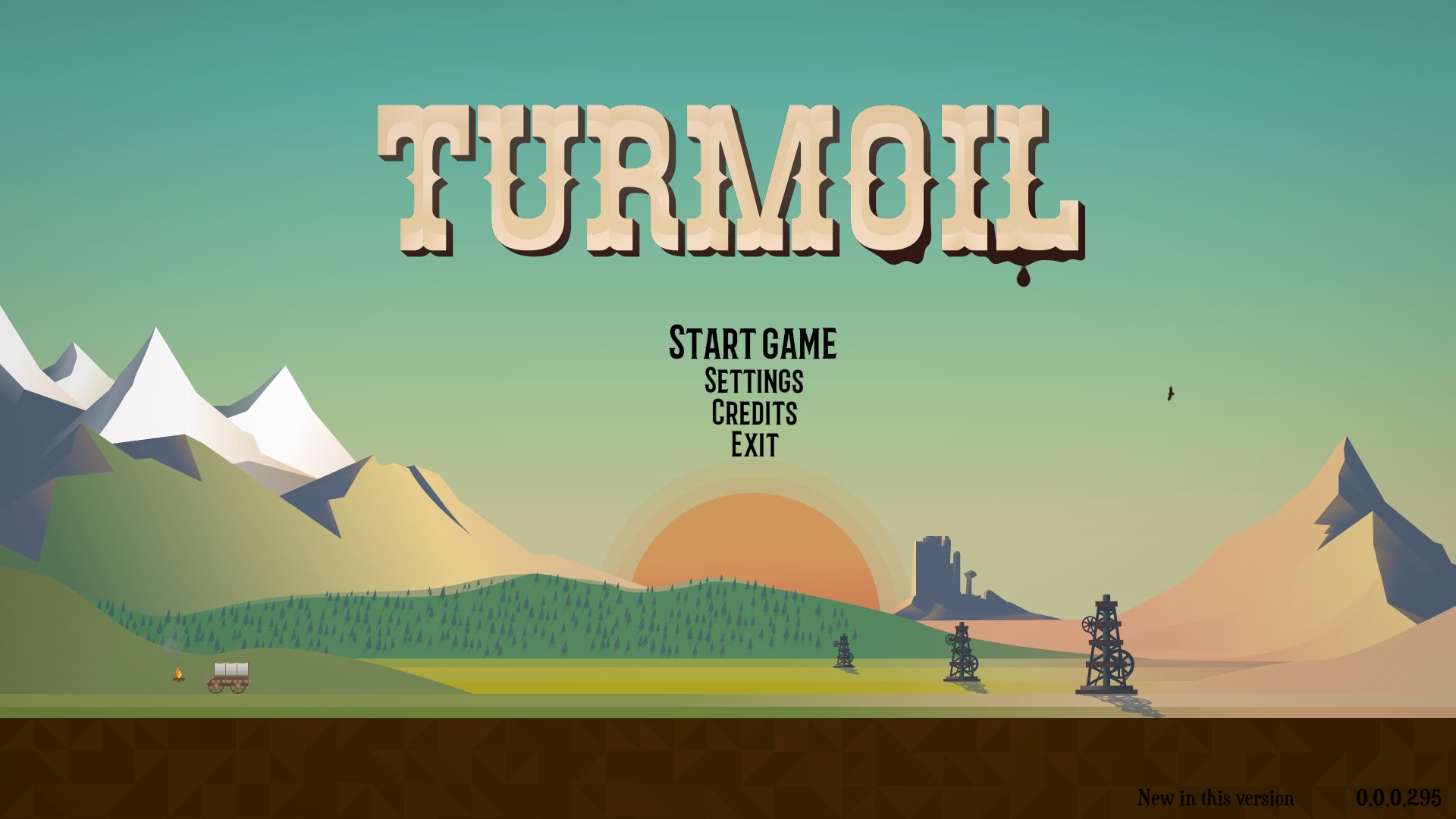 Dutch game studio Gamious announced today that its visually charming, humorous take on the simulation genre, Turmoil, will be released for PC on Steam on June 2nd after a year in Early Access. Drawing inspiration from the historic 19th century oil rush in North America, Turmoil received a total of 23 updates based on community feedback while in Early Access and garnered a 90% approval rating from Steam users. Now the full game comes to PC on Steam for $9,99/€9,99/£6,99.

“We are extremely grateful to the players who played Turmoil and provided feedback to make the game even better throughout Early Access”, said Jos Bouman, Creative Director of Gamious. “The community not only motivated us with their incredible enthusiasm, but also inspired our team to come up with big improvements every other week. We know that thanks to this collaboration we have something truly entertaining to offer that players will love”.

Turmoil is a simulation game set during the 19th century oil rush in North America. By prospecting for oil, players earn money and then as towns grow up around them they can acquire town shares in a bid to beat out competitors to become mayor. Since launching on Steam Early Access a year ago Turmoil has evolved and grown well beyond its originally anticipated scope thanks to community feedback and enthusiasm. A larger campaign and gameplay additions such as the natural gas mechanics and stock auction have been added to the final version to offer players a more robust and humorous simulation experience.

Reviews
“As simple as it looks and is to control, there’s a fair bit going on in Turmoil. Its got its hooks in me.”
Rock, Paper, Shotgun

More About Turmoil
Turmoil offers players a visually charming, tongue-in-cheek take on the simulation genre inspired by the 19th century oil rush in North America. Get a taste of the rush and rivalry of the time as you earn your way to become a successful oil entrepreneur. As you make money digging up and selling oil, the town will grow along with you.

Lease land at the town auction and search for oil. Build a rig, create an efficient pipe network and bring up the oil to store it in silos. Sell the oil at the best times to maximize profits. Then buy essential upgrades in town to cope with rock, gas and ice. Acquire more town shares than your competitors in a bid to become the new mayor.

◾A campaign where you build your rags-to-riches oil baron career and beat your rivals.

◾Dozens of upgrades and new tools to improve your oil mining operations.

◾Meet the town’s characters in the saloon and make shady business deals.

◾Play single game mode to get one of literally millions of procedurally generated levels and earn as much as you can in one year.

◾Lease land at the town auction and search for oil using a dowser, mole or scanner.

◾Maximize your profits by using natural gas to boost the oil price.

◾Outbid your competitors at the stock auction.