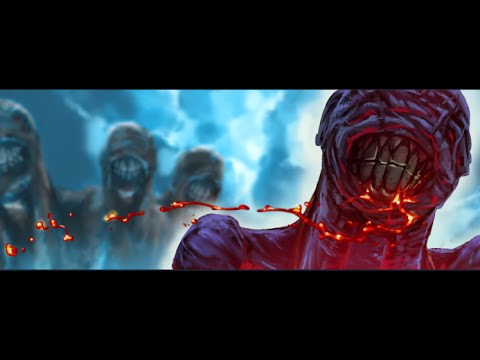 Eyemobi, an emerging development studio with a keen eye for terrifying gaming experiences, today officially announced the Full Release on Steam of its PC title, Phantasmal, a first-person survival horror game with an emphasis on unpredictability. Phantasmal is available at: Phantasmal Steam Page

“A great horror game is one where you never know what’s coming next. By procedurally generating levels, creatures, and pickups, and then updating on the fly to suit players’ differing abilities, we’ve created a constant ‘edge of your seat’ experience that never repeats,” said Joe Chang, Eyemobi Team Lead.

During it’s development, Phantasmal was featured by the world’s most popular YouTube personality, PewDiePie, and took first prize in the New Zealand Game Developer Association’s KiwiGameStarter competition. Dave Brevik, creator of the classic Diablo action role-playing series, was one of the award’s judges.

Reviews
“At times I wasn’t sure what I found more horrific: the mutilated monsters skulking in dark corners, or the fact that people once had to sleep on the torn, stained mattresses now strewn all over the place.”
IGN

About Phantasmal
Inspired by old-school survival horror classics, Phantasmal features an intricate, randomly generated world, allowing infinite replayability since no two playthrough experiences will ever be the same. Players are challenged to be stealthy, resourceful, and quick-witted in lieu of direct combat, or else Phantasmal’s creatures will begin to diminish the player-character’s sanity. The game has strong Lovecraftian influences and is set in Hong Kong’s infamous Kowloon Walled City, prior to its destruction in the 1990s.

Phantasmal Key Features
•Fear the Unknown: Every ramshackle, disgusting room and corridor is uniquely generated – it’s a constant battle with anxiety as you’ll never know what comes next!
•Don’t Go Insane: Facing terrifying creatures and skulking in the suffocating darkness will erode sanity until you can no longer tell the difference between reality and illusion.
•Tread Softly: Every fight could be your last. Distract and sneak past enemies as much as possible.
•Light – Both an Ally and Enemy: Every survivability asset has a price. Use light sources wisely – use them to restore sanity, but at the risk of being spotted and seen!
Phantasmal for PC is available now on Steam for $14.99 USD with a 20% launch discount during its first week of Full Release.

An XBox One release for Phantasmal is planned for mid-2016 with VR versions of the game in the pipeline.