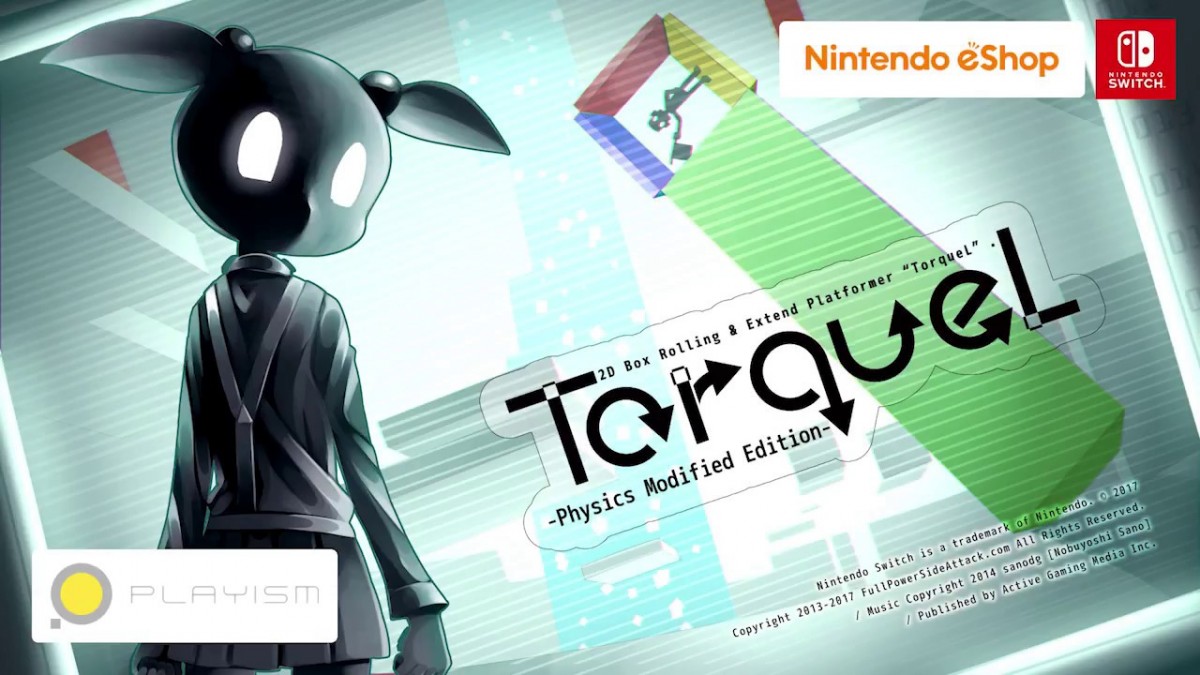 PLAYISM announced that the action puzzle game TorqueL -Physics Modified Edition- by FullPowerSideAttack is out on the Nintendo Switch worldwide.

TorqueL is a curiously unique 2D rotation action game, in which you proceed by rotating or extending a box with characters inside.

Sometimes simply rotating or extending the box is not enough, and you have to find the right combination of rotating and extending to jump or climb over obstacles.

Players progress through the game by guiding the box towards the goal in each Chamber. Some Chambers have multiple goals, and depending on which goals you reach, the game diverges into seven different routes. There also exists a secret route that can only be unlocked under certain conditions. To clear each route you must reach the colored goal that appears at the end. The seven basic routes and one secret route equal a total of fifty Chambers all together for you to challenge.

The game also features original music composed by sanodg, known for scoring songs for Ridge Racer and Tekken, to accompany you as you play throughout the game.