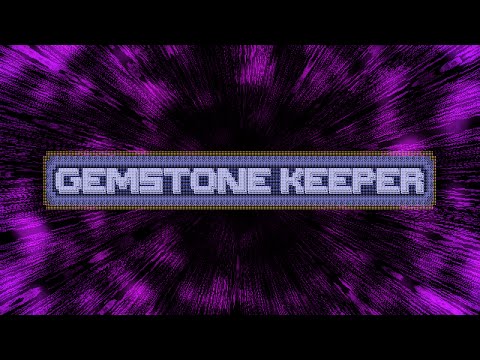 Indie Games developer Gamepopper has launched a Steam Greenlight campaign for his new roguelike shooting game, Gemstone Keeper, on May 16th. The dynamic take on dungeon crawling and retro ASCII games has currently been in development for 10 months and plans to reach the alpha stage around August.

About Gemstone Keeper
Gemstone Keeper combines top-down twin-stick shooting, roguelike and dungeon crawling to bring you a game where exploring, survival and collecting is key. Your ultimate goal is to collect a complete collection of gemstones found in the caverns below.

Some players have said after playing the game that they saw the world through @ symbols surrounded by hashtags, but that wasn’t because they were looking through their Twitter feed. A large amount of the graphics in the game was hand-crafted and generated using a single text font file, to the point where there are no pre-rendered images loaded into the game. Not since Illuminascii has a game used pure ASCII text in such a creative way.The player will explore large randomly generated levels, progressively getting larger with more unique enemies to combat. To aid you in your survival, you can choose both the type of gun and bullets, and both are fully interchangeable, meaning you can choose from up to 36 different combinations, each with advantages and disadvantages.