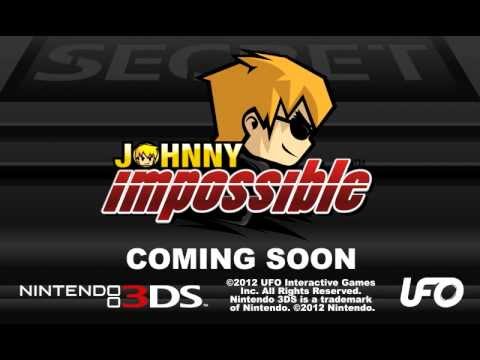 UFO Interactive Games, Inc., a publisher of interactive entertainment, today announced that Johnny Impossible™ for the Nintendo 3DS™ is scheduled for release December 27, on the Nintendo eShop.

Johnny returns for an all-new adventure, and this time he is going in deep…deep undercover as secret agent Johnny Impossible.

It’s a MEGA CRISIS! The Mr. Wang Gang is up to another diabolical scheme. This time Mr. Wang has mounted a super-laser on a satellite in space, and it’s aimed directly at Solid City! Take control of the Johnny the super-spy and stop Mr. Wang Gang’s ambitious evil plans!

In Johnny Impossible the player must utilize all of the tools and weaponry at their disposal to help Johnny infiltrate Mr. Wang’s facilities undetected. Sneak past the security cameras, avoid laser traps, confront enemy robots, and hack into the system in order to save the city from Mr. Wang’s crazy super-laser in outer space! Race against the clock before the super-laser is activated and Solid City is turned into a smoking pile of rubble!

Johnny Impossible will be available on the Nintendo eShop on Nintendo 3DS December 27, 2012 for $5.99.