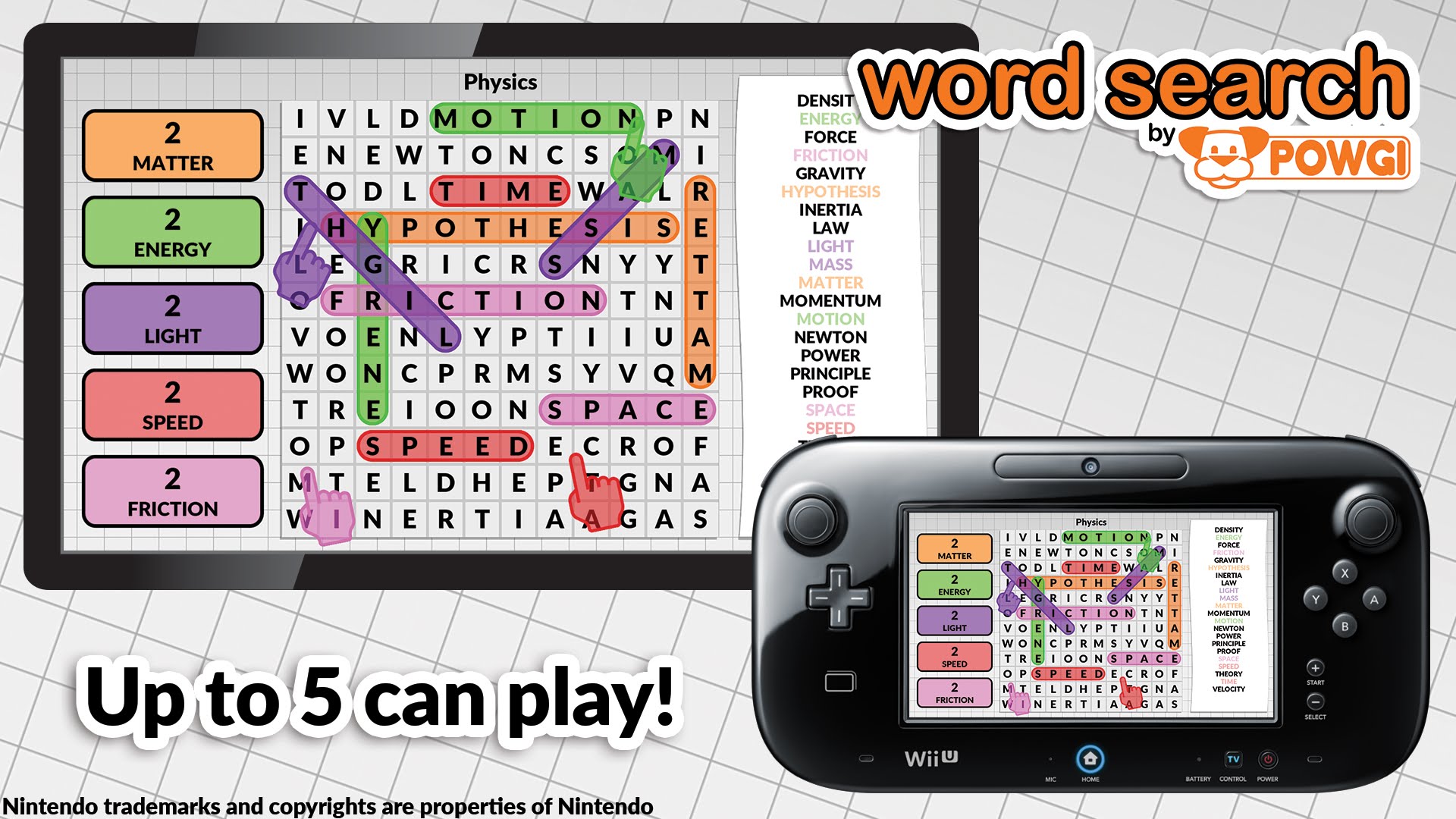 Lightwood Games is excited to announce their upcoming debut on the Nintendo eShop on Nintendo 3DS and Wii U. “Word Search by POWGI” is scheduled for release on 16th April 2015.

Word Search by POWGI is a classic word puzzle game, with each version of the game supporting different features that take advantage of its respective platform.

On Nintendo 3DS, a simple touch-screen interface puts players straight into the action with no complex controls to learn. This pocket puzzler is ready to play whenever you are.

On Wii U™ GamePad, touchscreen controls provide an off-TV mode for solo play. Add Wii Remote™ controllers for a party mode with up to 5 players where you can work together to solve the puzzles or compete to see who can find the most words.

Both games include more than 300 expertly hand-crafted word search puzzles, designed by POWGI.

No stranger to word games, Lightwood Games has released several mobile apps in the genre, including Word Search Party, a multiplayer puzzle game for iPhone and iPad which has been downloaded nearly two million times.

POWGI – Puzzle On Word Games, Inc – is a puzzle content publisher based in Las Vegas, Nevada.