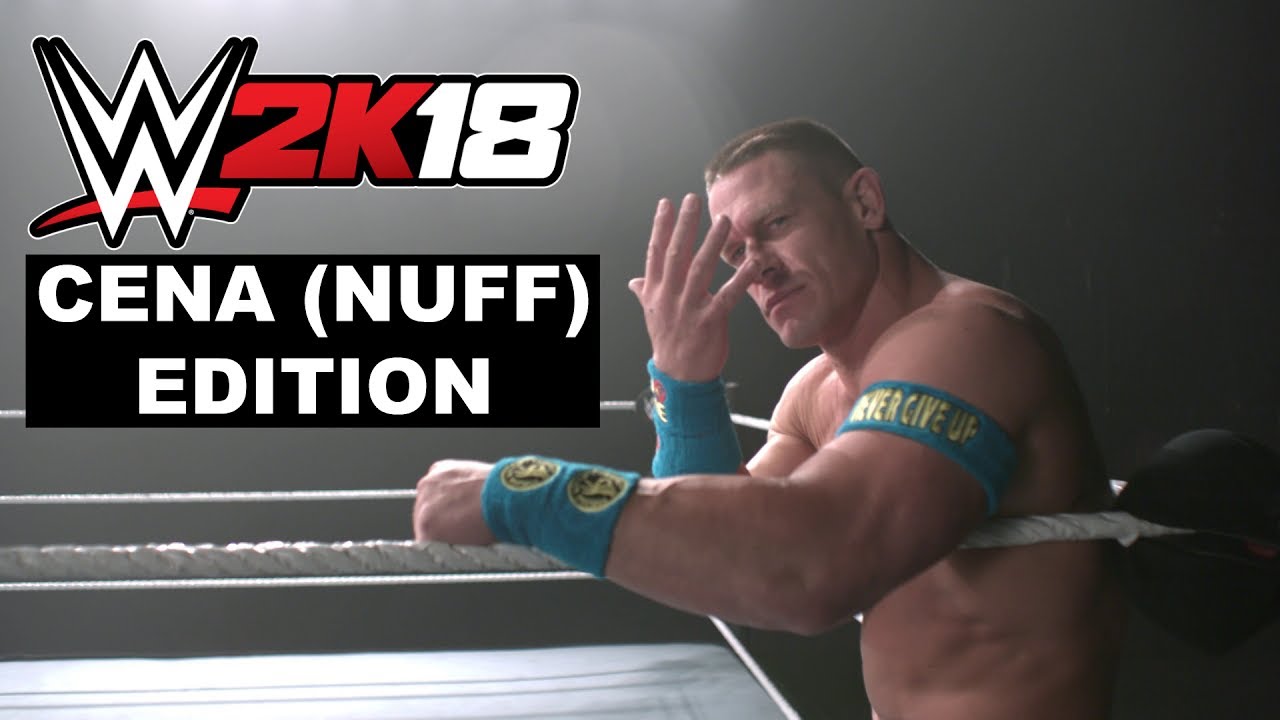 2K announced plans for the Cena (Nuff) Edition of WWE® 2K18, the forthcoming release in the flagship WWE video game franchise. Packed with an impressive collection of exclusive memorabilia and digital content, the offering will celebrate the 15-year career of WWE Superstar John Cena® while paying homage to his distinct position as WWE’s most frequently cheered – and frequently booed – personality. Limited to 30,000 copies worldwide, the WWE 2K18 Cena (Nuff) Edition will be available for the PlayStation®4 computer entertainment system and Xbox One.

The WWE 2K18 Cena (Nuff) Edition will include:

“Whether you love him or love to hate him, there is no denying the hustle, dedication and impact of a guy like John Cena,” said Chris Snyder, Vice President of Marketing at 2K. “There will never be anyone else like him – a testament to his character and our Be Like No One campaign – and it makes him the perfect fit to honor with a fun, yet memorable collector’s edition that’s a must-have for any WWE fan.”