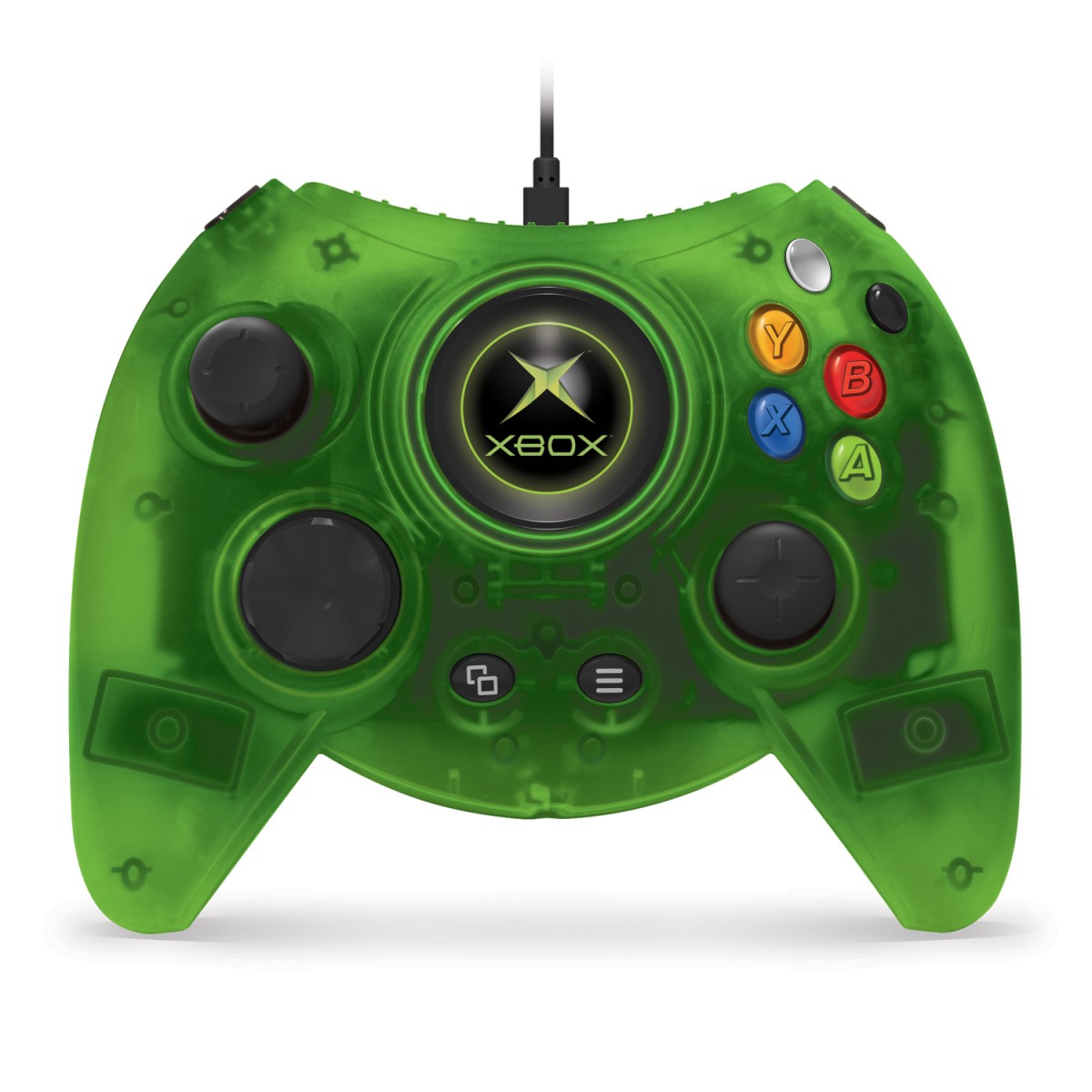 In April 2018, Hyperkin, along with Xbox, brought back the iconic “Duke” controller from the original Xbox. The response to the officially Xbox-licensed Hyperkin Duke has proven that big controllers are back and ready for veteran fans and newcomers alike.

The big guy’s back, everyone. Now Hyperkin has announced that the Hyperkin Duke will come in translucent green aka “Clover” for Xbox One and Windows 10 PCs – and it’s available now! The new Green Duke is reminiscent of the Translucent Green Limited Edition Xbox console which was first released back in May 2003. It will retail at the same price as the original black model.

What sets the Hyperkin Duke apart from any other “retro” controller? When a player wants a nostalgia kick, all they need to do is press the Xbox button and the original Xbox animated startup screen will play right inside the button. This was no easy task for Hyperkin Product Developer, Chris Gallizzi, although the experience is one he’d never forget.

“It has been a roller coaster of nostalgia, but one of the most fun projects I’ve worked on,” Gallizzi said.

The Hyperkin Duke Controller in Green is available now from Amazon!