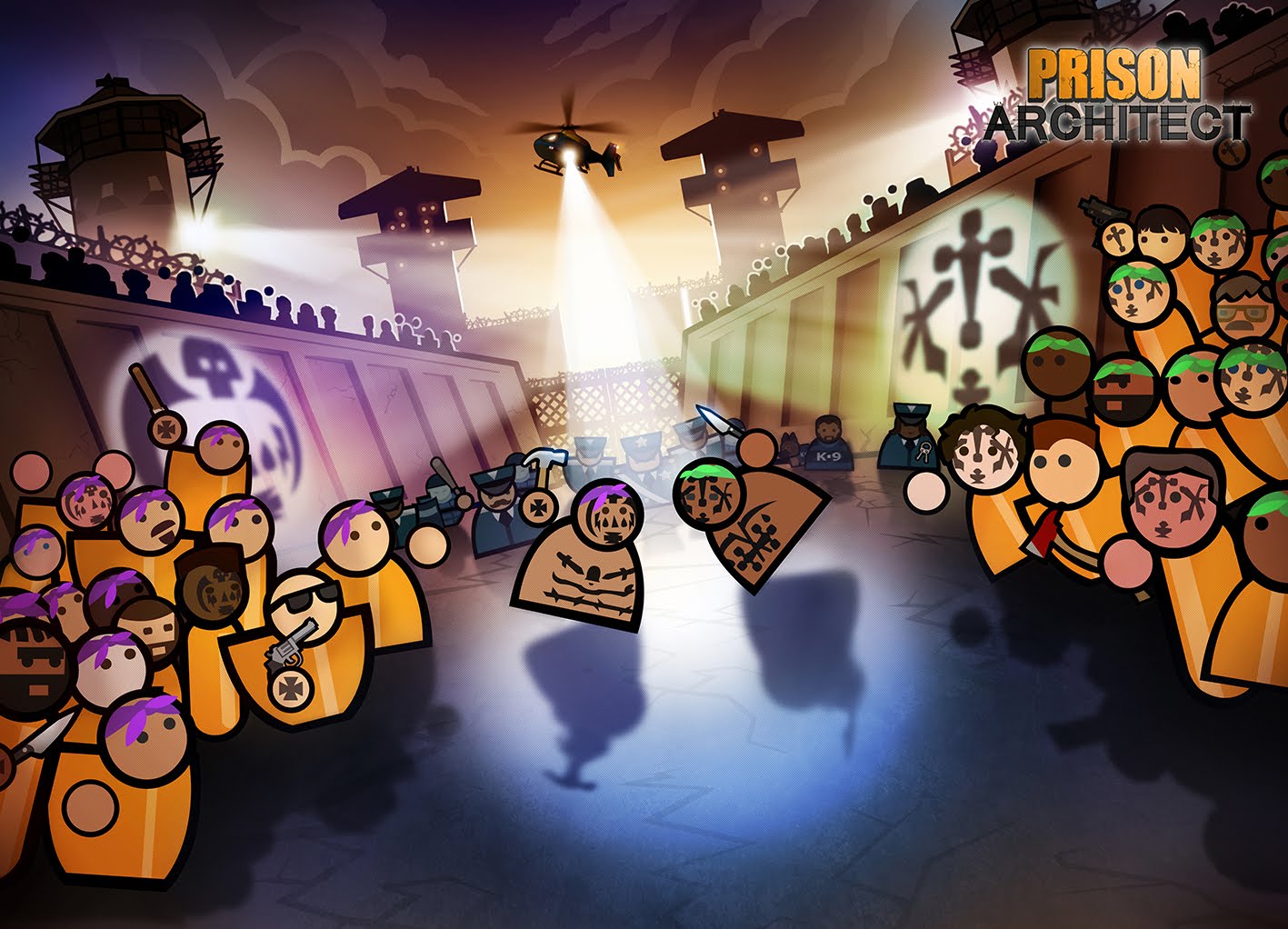 BAFTA-winning game, Prison Architect, will be handed a life sentence on Xbox One, Xbox 360 and PlayStation 4 when it hits retail shelves worldwide on June 28th. Fans who pre-order the game now through all major retailers in Europe and North America and online in selected regions will receive $10 worth of exclusive Prison Architect DLC, “All Day and a Night” for free. Xbox One gamers can play the game right now in Xbox Game Preview and will also receive the DLC for free before the official launch date.

All Day and a Night contains eight new wardens, eight new prison maps and eight new plots to build on your prison experience and bend the rules. Expose your prison to a whole host of outrageous characters who will impact your prisons in unique ways, take charge of new prisons and build your penitentiary on exciting new plots.

In Prison Architect, players build and manage their own maximum security prison built to hold the most hardened of criminals. The console editions include a fully-fledged story mode that unravels a tale of jealousy, defeat, murder, deception, embezzlement, lies, family and betrayal. The game has been skilfully re-imagined for consoles by developer Double Eleven, allowing players to design and build the prisons of their dreams from simple reform centres to complex super max penitentiaries using easy to pick up controls.

Entirely new from the game’s million-selling PC version is “World of Wardens,” which grants you the ability to share your prisons online and try your hand at governing prisons that others have uploaded. Cope with blazing infernos, prison wide riots, power cuts, escape tunnels and the pitfalls of bureaucracy and politics.

Developed by Double Eleven in partnership with Introversion Software, Xbox One, PlayStation 4 and Xbox 360 editions will be available on June 28th for $29.99.

Following the release of the game, the “All Day and a Night” DLC will be available to purchase digitally for $9.99 at a later date.

Prison Architect is available for pre order in selected regions through selected retailers and online.