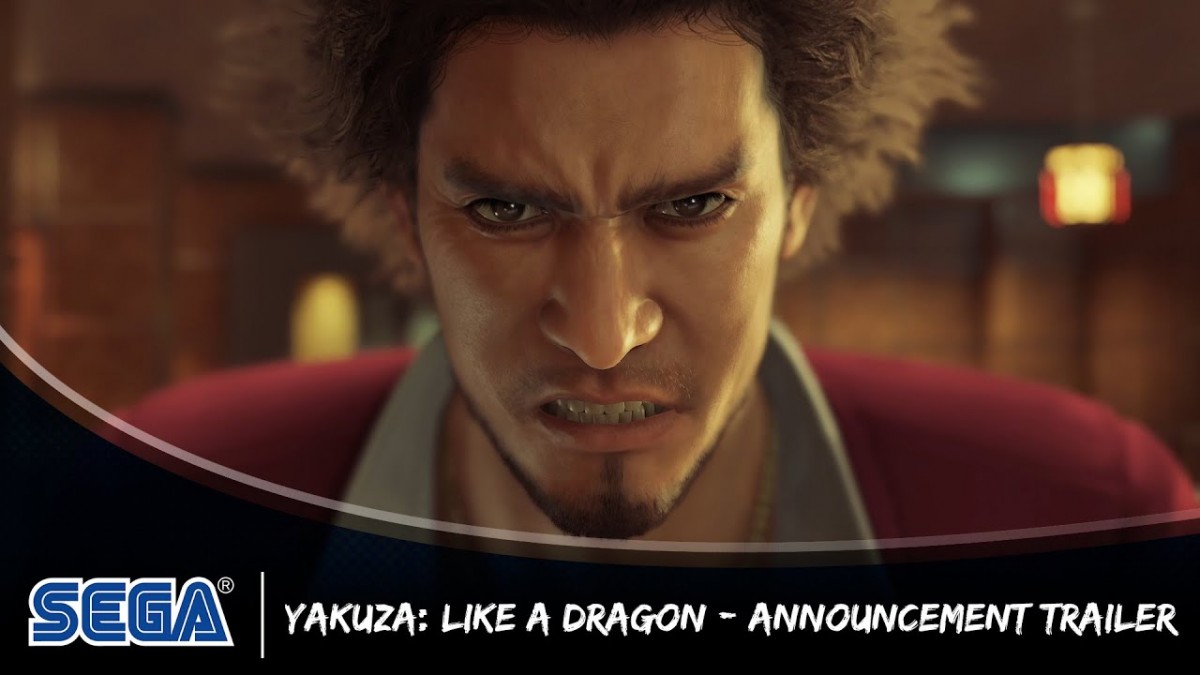 SEGA and Ryu Ga Gotoku Studio announced that the latest entry in the RGG / Yakuza series, Yakuza: Like a Dragon (Japanese title – Ryu Ga Gotoku 7) is releasing in Japan on January 16, 2020, for the PlayStation®4, with a Western launch planned for 2020. Actors Shinichi Tsutsumi, Ken Yasuda, and Kiichi Nakai will be lending their appearances and voices to the game’s main cast members, with Kazuhiro Nakaya voicing the game’s main protagonist, Ichiban Kasuga.

Yakuza: Like a Dragon introduces a new main protagonist for the first time since the series’ inception over a decade ago – Ichiban Kasuga, a low-level yakuza member looking to prove his self-worth, and follows him and his motley crew of unlikely allies as they attempt to rise from rags to riches in this modern human drama.

Yakuza: Like a Dragon is much more than just a new chapter in the Yakuza series. Much like the new English title itself, Yakuza: Like a Dragon is a complete reimagining of the franchise, a landmark to coincide with the series’ 15th anniversary. With the bulk of the game taking place in the large-scale, painstakingly-realized setting of Ijincho in Yokohama, players will explore an entirely new side of Japan never-before-seen in the series. Not only that, but Yakuza: Like a Dragon‘s combat system has undergone a major overhaul, combining Yakuza’s established brawling action with a turn-based RPG battle system.

Of the Arakawa Family,

A low-ranking member of a low-ranking family, Kasuga is asked by his patriarch and father-figure, Masumi Arakawa, to turn himself in for a murder committed by the family captain, Jo Sawashiro.

He is released after serving 18 years in prison, only to discover that the Tojo Clan has been eradicated from Kamurocho and in its place is the Omi Alliance of Kansai – and that Masumi Arakawa may be behind all of it. Seeking the truth, he heads to meet with his former patriarch.

Acting Captain of the Omi Alliance

Patriarch of the Arakawa Family

Formerly the chairman of a branch family of the Tojo Clan, he betrays his superiors by providing internal Tojo Clan intel to the police as they enact the “Kamurocho 3K Plan.”

The combination of his betrayal and police effectiveness wipes the Tojo Clan from Kamurocho, allowing the Omi Alliance to move in and grant him the rank of Acting Captain in honor of his accomplishment.

Lieutenant of the Omi Alliance

Captain of the Arakawa Family

Well-known for his vicious nature, even while serving as captain of the Arakawa Family during its Tojo Clan days.

He despises Ichiban Kasuga, and the 18 years of prison time that Kasuga serves in his name doesn’t change that. When Masumi Arakawa becomes the Omi Alliance acting captain, he is elevated to a lieutenant.

Nanba’s fall from grace was swift when he lost his nursing license for selling illegal foreign drugs. With Ichiban Kasuga near death from a gunshot, Nanba uses his medical expertise to save his life and decides to tag along on Kasuga’s journey.

With over 12 million units sold worldwide since its creation in 2005, the Yakuza / Ryu Ga Gotoku series was created with the core concept of “Entertainment geared towards mature audiences” in mind, this series portrays the life of relatable people living in Japan’s red-light districts. Ryu Ga Gotoku Studio excels at bringing players into a true-to-life realization of modern Japan while exploring themes of love, humanity, and betrayal, creating an experience unlike any other in digital entertainment.