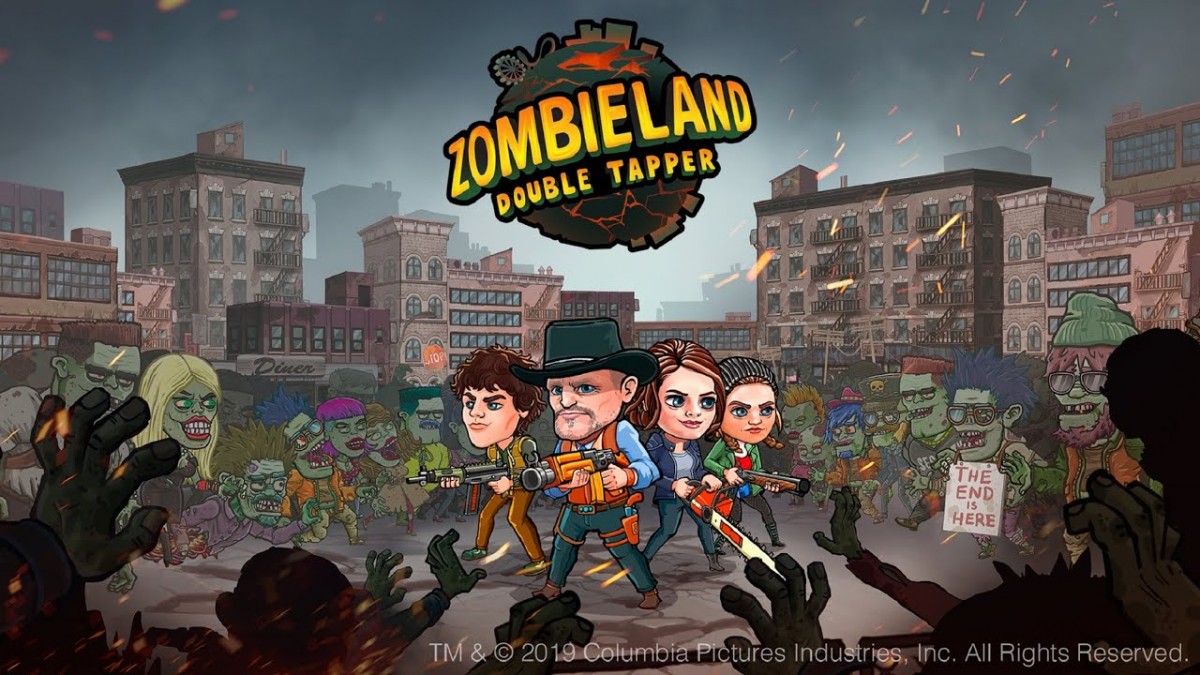 In Zombieland: Double Tapper, players embark on a wacky road trip across the post-apocalyptic wastelands of America that have been overrun by the undead. Play as favorites Tallahassee, Columbus, Wichita and Little Rock, as well as characters from the new film. Zombieland: Double Tapper also introduces several original heroes exclusive to the game for players to collect, customize and upgrade.

Zombieland: Double Tapper lets players slay zombies in dozens of missions in a cross-country road trip from the woods of New England to the beaches of California. Players will have no excuse not to “nut up or shut up” when armed with this arsenal of unique weapons that offer fun and creative ways to dismantle hordes of zombies or when facing off against towering zombie bosses.

Zombieland: Double Tapper is now available as a free download on iOS and Android stores.

A decade after Zombieland became a hit film and a cult classic, the lead cast (Woody Harrelson, Jesse Eisenberg, Abigail Breslin, and Emma Stone) have reunited with director Ruben Fleischer (Venom) and the original writers Rhett Reese & Paul Wernick (Deadpool) for Zombieland: Double Tap. In the sequel, written by Rhett Reese & Paul Wernick and Dave Callaham, through comic mayhem that stretches from the White House and through the heartland, these four slayers must face off against the many new kinds of zombies that have evolved since the first movie, as well as some new human survivors. But most of all, they have to face the growing pains of their own snarky, makeshift family.