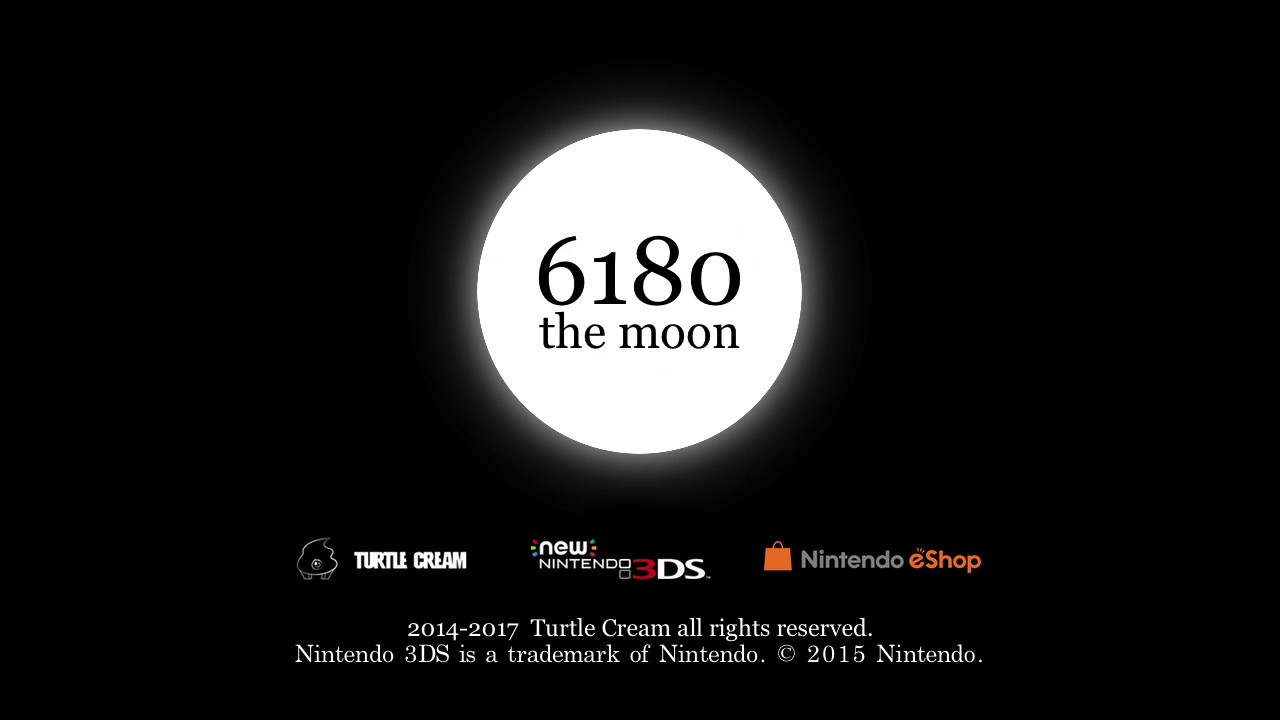 ‘6180 the moon’ New Nintendo 3DS version released for North America in the Nintendo eShop. Price is just 3.99$ (USD) or similar for each country.

‘6180 the moon’ is very unique platformer. The top and bottom of the screen are connected so you can jump over the screen and come out of the bottom, and vice versa. Plus it has astonishing ambient style soundtrack, which every gamer will adore.

Originally, ‘6180 the moon’ (Windows PC) released on Steam in 2014. After that, Turtle Cream changed development tool, then launched improved version on Xbox One, iOS and Wii U™.

* About Game
‘6180 the moon’ is a platformer game with a unique mechanic. It offers a fresh, unseen game play style by connecting the top and bottom of the screen. This allows in a mechanic with delightfully long jumps and no fear of “slipping” to death. In addition to the unique gameplay, ‘6180 the moon’ delivers a unique storyline. The Sun has gone. The Moon sets off on a journey to find the Sun. Along the journey will be hazardous courses and deep realizations.