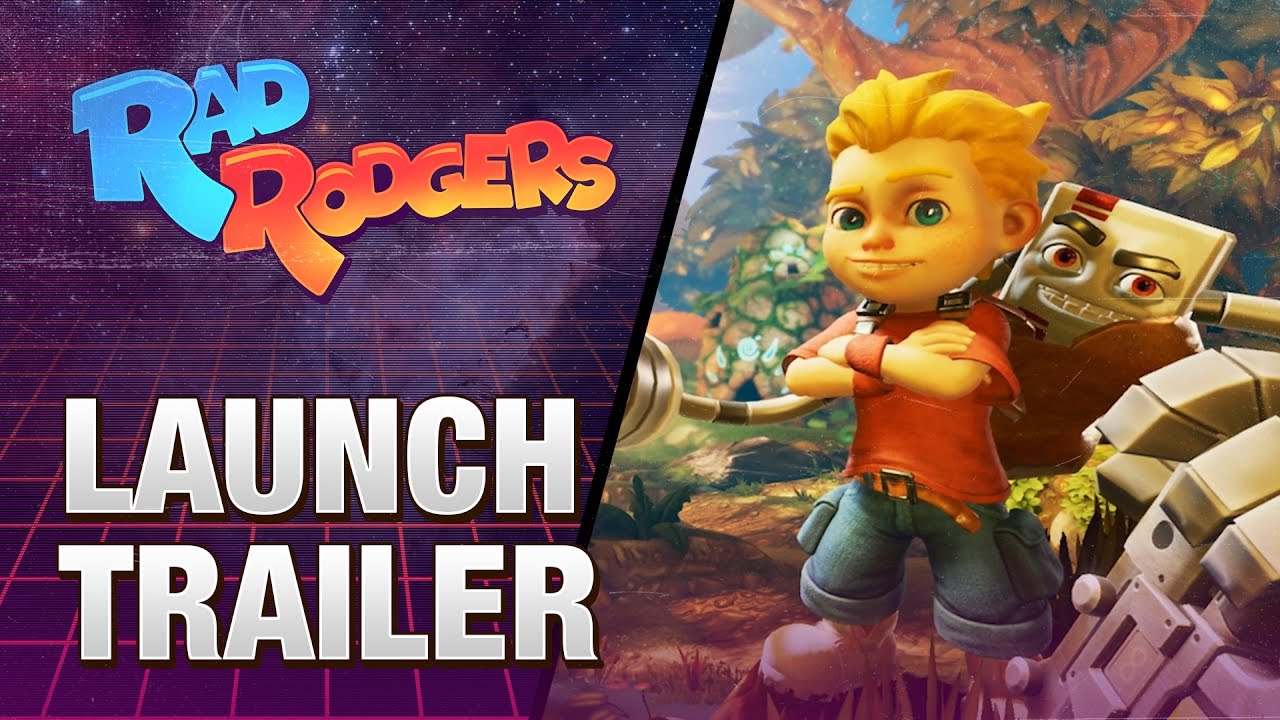 Interceptor Entertainment, a young but experienced team of developers, is making it their personal mission to recreate every gamer’s childhood favorite genre of game; an action-packed scrolling platformer with two lovable characters: twelve year-old Rad Rogers and his console-come-to-life ball busting buddy, Dusty. Dusty is a last generation console with punching power gloves who rides along in Rad’s backpack.

Interceptor believes that this mostly forgotten genre – which ruled for ten strong years beginning in the mid-80’s, is in dire need of a revival – using today’s most modern engine, Epic’s Unreal Engine 4 – with all the classic secrets you remember from your childhood.

“Rad Rodgers: World One is not the quaint children’s experience you might think it to be at first glance” said Mike Nielsen, CEO, 3D Realms. “The cherubic features of Rad are starkly contrasted with the adult humor and gore to bring a sense of juxtaposition to Rad Rodgers that is highly palatable.”

Frederik Schreiber, Creative Director on Rad Rodgers: “I grew up during the platformer’s glory days, with Mario, Sonic, Megaman, Castlevania, and Earthworm Jim. Back then a new platformer came out every month, each with different fun characters and twists. But now the genre is mostly abandoned, with rare standouts like Braid, and the puzzle-focused Limbo.”

“Rad Rodgers’ journey – as a product – is incredible” said Josh Olin, VP of Publishing at 3D Realms. “Beginning with Kickstarter, the game raised 170% of its goal. Then it went on to Early Access, where World One earned a 95% positive user rating on Steam. Now, we’re super excited to get it in the hands of more players both young and old to celebrate this almost-forgotten style of platformer.”

“It was important this style of platformer had the precision controls gamers remember from their childhood. Rad Rodgers just feels right.” said Jacob Østergaard, Lead Designer on Rad Rodgers: World One. “But we also had to ensure it’s not just a modern rehash of old-school platformers, so we’re adding several radical new features never before seen in a platformer, all designed to power-up the fun factor. First off, Rad’s console companion, Dusty, loves to break the fourth wall, talking about the game itself, and to the player! This often confuses Rad, but Rad just thinks Dusty has lost his marbles.”

Additionally, the game is a game within a game, and this Matrix-style structure allows for the concept of the Pixelverse, coding breakdowns within the game that create rips in the space-time fabric of the game world. Only Dusty can enter these damaged game-code areas and fix the primary game world, allowing both Rad and Dusty to continue their adventures.

Rad Rodgers: World One is Available Today for an MSRP of $11.99 USD on Windows PC, and is coming soon to Sony’s PlayStation 4. Linux and MacOS support are also being looked at by the team at Interceptor.