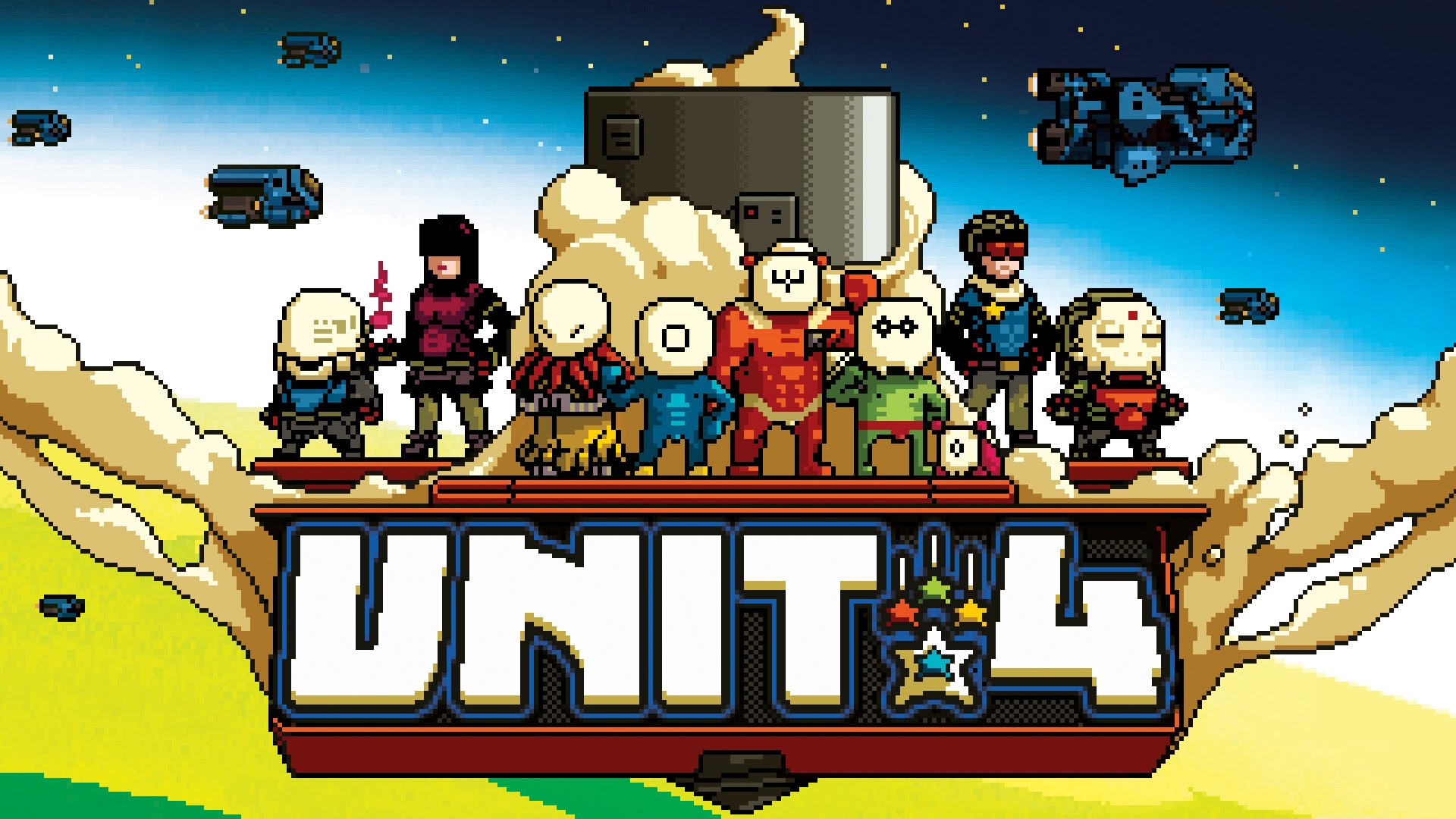 Gamera Interactive is proud to announce that its first game, Unit 4, is coming soon to Xbox One (Q1 2017). Unit 4 is an absolute crazy mix of action and platforming and features platforming madness in a (not so) far galaxy that has been suddenly attacked by an army of evil. The player leads a special unit of agents named Unit 4, to bring back home some sacred artifacts that have been stolen and save ancient worlds from collapse.

Blue, Red, Green and Yellow have to discover who these aliens are and what is the plan behind this bloody invasion. The Unit is the only hope left for everyone and combining skills of our heroes is the key to survive and win the battle. The game features an highly dynamic gameplay based on the classic platforming experience and each one of the characters can move and jump using his unique ability that enables different movement dynamics. Levels are filled with strange creatures, dangerous and ruthless enemies, deadly traps and both movement based and logic based puzzles.

Unit 4 can be played both in single and cooperative multiplayer up to 4 players and does not feature any health system so any damage could be deadly while playing. The universe will be the star of the show in Unit 4: planets, asteroid fields, moons, and space stations are waiting to be discovered by the players with the chance to customize your own spaceship and your look! Minigames will be unlocked while travelling in the space trying to accomplish your mission!

“We’ve been working really hard on Unit 4 because we think it is something special and we truly believe the gaming community is craving a fresh game like this, which is why we’re putting so much love into it” said Alberto Belli, Founder & CEO at Gamera Interactive.