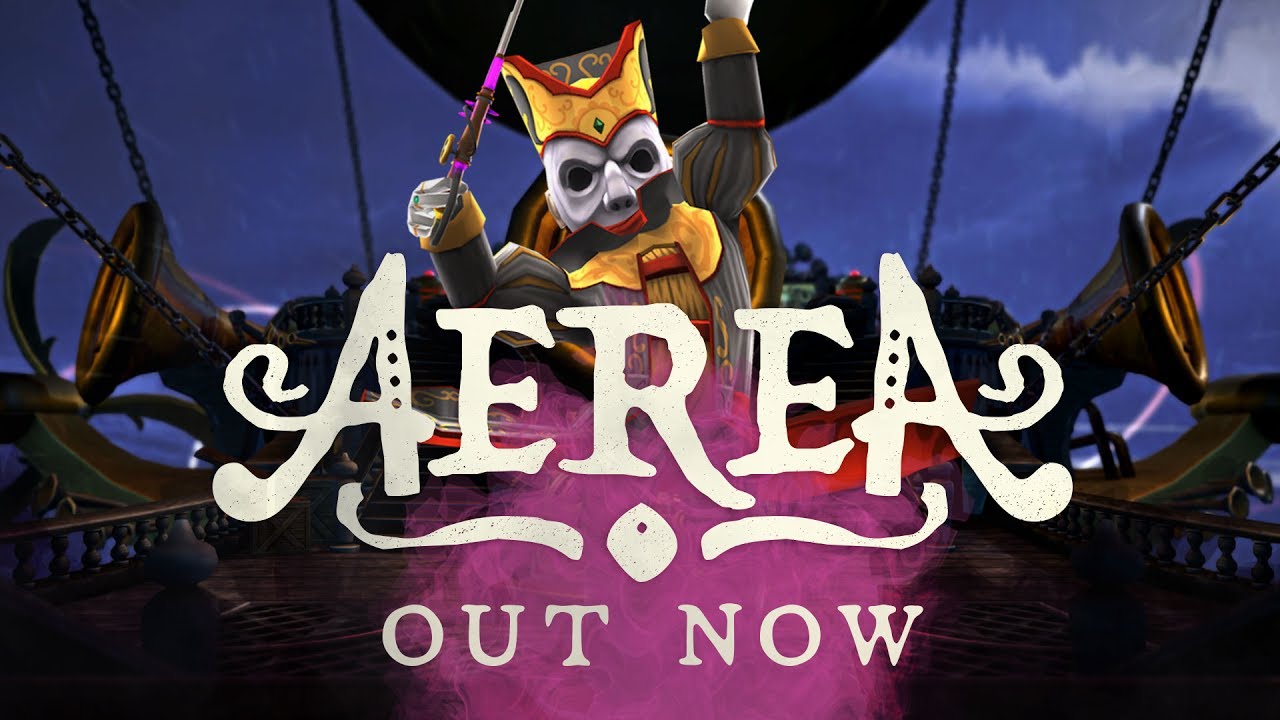 SOEDESCO’s brand new title AereA releases on PlayStation® 4, Xbox One and PC. The game can be found in both digital and physical stores. The US boxed release will follow on July 18.

On all platforms, the boxed version of AereA comes as a Collector’s Edition with a copy of the Original Soundtrack by Broforce composer Deon van Heerden. PS4™ has a digital Deluxe Edition that includes the AereA soundtrack, plus avatars and themes. On Steam there is a Deluxe Edition including the OST and the digital AereA artbook.

About the game
AereA is an Action RPG with dungeon crawling elements. As one of Great Maestro Guido’s disciples, the player explores Aezir; a floating island that was broken into pieces. Their mission is to find and return the nine primordial instruments to restore balance and peace to the world. Players get to play as Wolff the Harp-Archer, Jacques the Cello-Knight, Jules the Lute-Mage and Claude the Trumpet-Gunner. Players have to find their way through all parts of the scattered islands; complete quests, solve puzzles, defeat bosses and discover the truth behind the islands.

The Story
In the music themed world of AereA, the students Guido and Demetrio discover the magical powers of music. On his own, Demetrio starts to research the music’s power to control living beings. Once Guido finds out, he confronts Demetrio about his betrayal.

A huge fight erupts between the two old friends and the musical powers of this battle are so powerful that the very island itself shatters into pieces. Demetrio flees and it’s up to Guido to restore balance. He sends out his four disciples to unravel the mystery of the missing primordial instruments and to return them to their original place in order to bring back peace to the world.