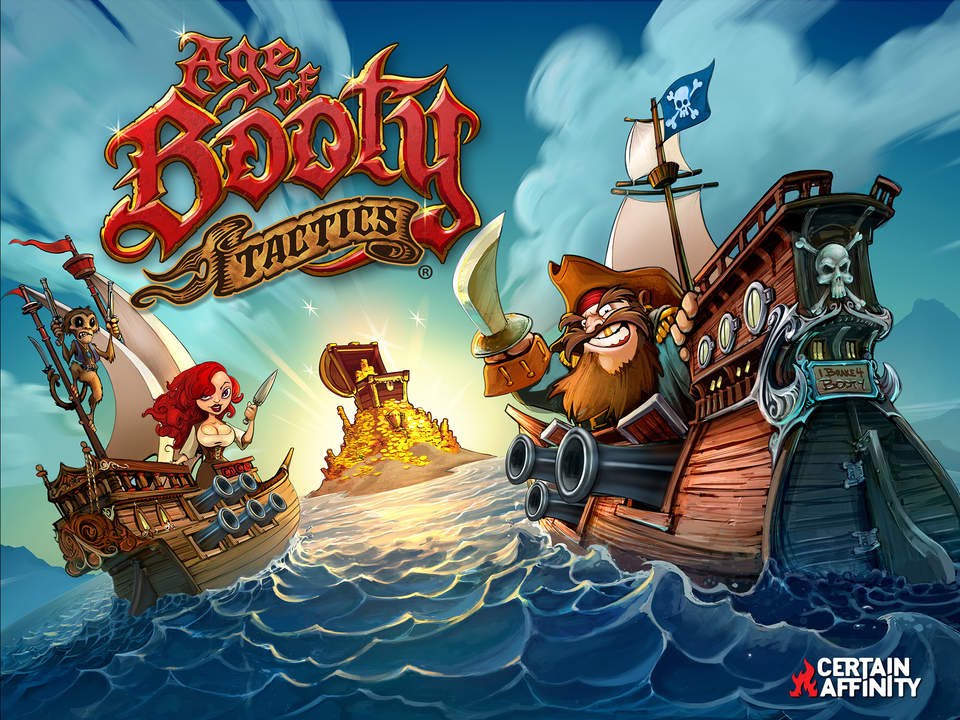 Triangle Studios, in conjunction with Certain Affinity, today announced that turn-based strategy mobile game Age of Booty: Tactics, is now available for free in the Google Play store. An iOS update is also available for the game in the App Store.

Age of Booty: Tactics invites gamers to a world where the cannonballs fly, the rum flows, and swashbuckling Pirates engage in light-hearted battle for the world’s most coveted booty. The highly accessible, turn-based gameplay is easy to pick up but impossible to put down, and a true challenge to master.

“As an independent studio ourselves, Certain Affinity understands the needs of smaller indie developers. We have partnered with and supported Triangle Studios throughout the development process of Age of Booty for Android and are excited about the work they have created,” said Max Hoberman, President and Creative Director, Certain Affinity.
“Certain Affinity developed an epic strategy game for iOS and we are thrilled to lead the development of the Android version of Age of Booty: Tactics,” said Remco de Rooij, Triangle Studios.

In Age of Booty: Tactics players choose their captain from a colorful rogue’s gallery, build a deck of crazy ships and curses, then weigh anchor and sail off to battle with thousands of players online. Fleets can be upgraded with endless combinations of captains, ships, and curses. Age of Booty: Tactics can be downloaded for free in the Google Play Store. Additional content to expand pirate adventures is available for purchase from the in-game store.