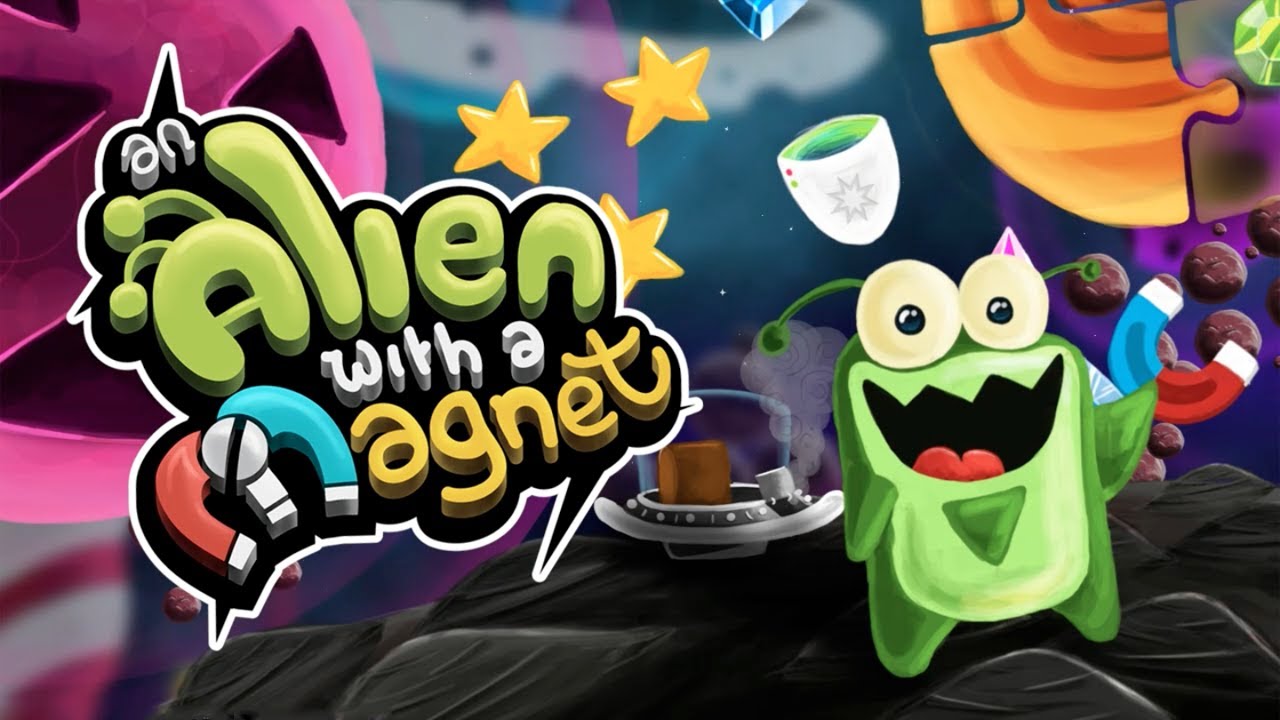 On August 1st we’ve released An Alien with a Magnet on iOS. An amazing new platform-adventure-puzzler with a literal twist! Since then we’ve got quite the media attention and several reviews with promising ratings such as:

“An Alien with a Magnet is one of those titles that revolve around an almost perfect idea – its apparent simplicity belies a staggering degree of depth and challenge.” – 9/10 GOLD AWARD – Damien McFerran, PocketGamer.co.uk

“An Alien with a Magnet is one of the most charming games I’ve played lately, and it is cute, to boot. They have taken the platformer style of past games and layered on colorful graphics and a unique take on the genre.” – 4/5 – James Paterson, TouchArcade.com

And we’re proud to announce that An Alien with a Magnet will launch on the Mac App Store worldwide October 31st for just $4,99 (€4,49).. So, that’s tomorrow! Get ready to play with our Alien in 45+ amazing levels in space on your Windows Phone!

Trailer
You can see the trailer on: http://www.youtube.com/watch?v=2CqIyBx8yq8